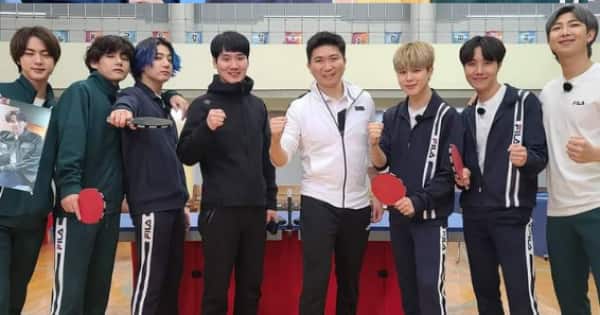 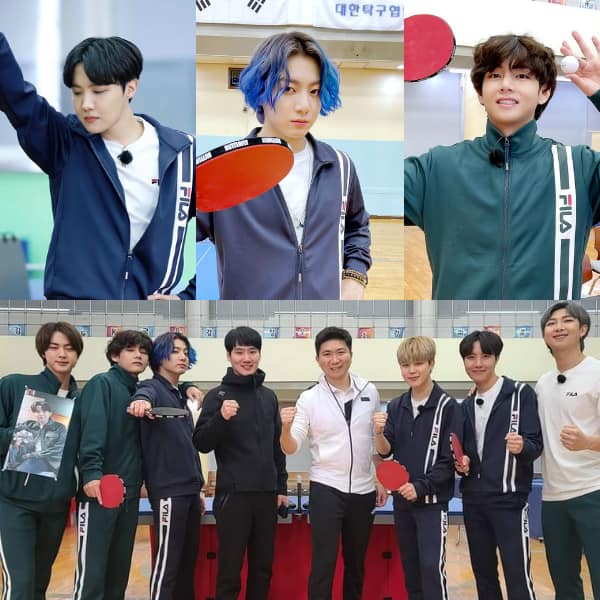 So, the Weverse dropped another Run BTS episode featuring the septet and the boys have taken over the internet with the way they have been treating each other with respect. The Run BTS episode 139 is breaking the internet and we are here to share with y’all the top 10 moments from the episode that are going viral on social media. ARMY is feeling proud in stanning the right people and we couldn’t agree more. Let’s have a look at the top 10 moments from the Run BTS episode 139 here: Also Read – BTS: Kim Taehyung aka V crushing on his dad as the most handsome man gives us new father-son goals

First and foremost, we have to talk about the end. Yes, let’s start at the end. The boys played the game of ping-pong ball with some expert athletes on the field. The one to lose out in the latest episode was Jin aka Ho Seokjin. As a punishment, he was asked to pick all the ping-pong balls from the floor. While the rest of the time most of the BTS boys finish their tasks and move out. However, on seeing Jin they all stayed back and helped Jin out in his punishment. How cute, no? Also Read – Guess! Which BTS member out of V, RM, Jin, Suga, Jungkook, Jimin and J-Hope has the highest voice in the group?

seokjin lost in run bts so his punishment is to pick up all the ping pong ball then look our angel jiminie help him ? pic.twitter.com/hl2ESsiePK

When people say BTS are the most well mannered, kind, humble, respectful, friendly, down to earth men… they are!!
They literally stayed there to pick up all the balls???♥️

I STAN THE RIGHT PEOPLE ?

J-Hope aka Hobi is one of the most dramatic people in the group. If we could compile his dramatic reactions every time, you’d be thoroughly entertained. Check out some of his most dramatic moments from the Run BTS Episode 139 here:

hobi and his dramatic reactions during run bts games: pic.twitter.com/SLw0DtdEvU

During the game, Jimin was all in a competitive mood but soon it was turned a little sour when he goofed up as he failed to make his serve. Check it out below:

Jungkook being the Maknae of the group is officially the cutest. His puppy eyes and innocent expressions have been breaking the internet.

Jimin is known for his antics, the singer was seen grooving before making his serve. Jimin being himself is the cutest thing on the net.

Jimin being the cutest while playing table tennis! ☺️?pic.twitter.com/1u7vhe6l5u

Jimin playfully pushed Taehyung’s neck down reminding him that he should respect his elders. BTW, Jimin is just one year elder to BTS V.

Its Taehyung vs Jimin

We also saw Taehyung being the uber-cool Taetae. He was seen enjoying Jungkook’s game as he kept hitting the ball like a pro.

The way Taehyung got soo excited while Jungkook was hitting the balls ???

Before beginning the battle, RM and J-Hope had to greet each other. Their unique greeting made everyone laugh out loud.

The cherry on the cake moment was for Taehyung when he won against the gold medalist. Even he was surprised by the win. And just after that, we could see Jimin lifting Taehyung up in his arms to celebrate his victory moment. That, for us, was #BFFgoals.

THIS IS INSANE OMGG HE IS SOOOO TALENTED ?????

Last but not the least, we saw Jin trying to bluff but the members seeing right through his antics. He is such a cutie.

Which of the aforementioned moments did you love most? Let us know by tweeting @bollywood_life.

J-Hope’s reply on a recent Q&A session will make you love...

Know the zodiac signs of RM, V, Suga, J-Hope and others