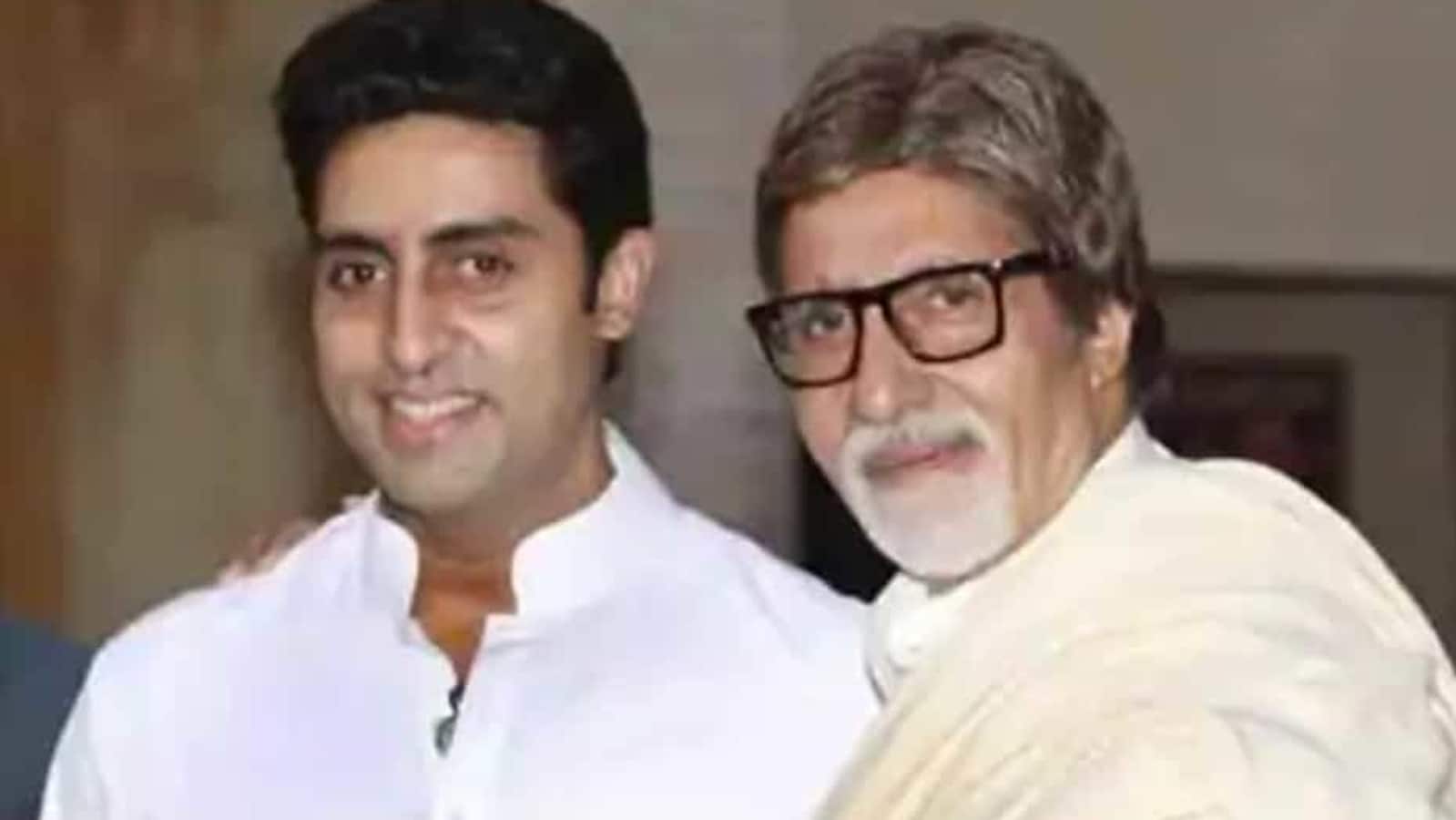 Amitabh Bachchan is a proud father as his son Abhishek Bachchan’s new film, The Big Bull, rakes in views. The film released on Disney+ Hotstar on April 8, and the streaming service has announced that it became its ‘biggest opener of the year’. It didn’t substantiate the claims with figures, although a third party firm put the numbers at 5.8 million, ‘based on buzz’.

Abhishek reacted to both developments, sharing them on social media. Amitabh took a screenshot of Abhishek’s tweet, and amplified it on his social media accounts as well. He wrote in his caption, “Well done buddy .. WHTCTW .. a Father’s pride.” He added heart and applause emojis.

His granddaughter, and Abhishek’s niece, Navya Naveli Nanda, dropped a bunch of heart emojis in the comments section. Abhishek himself reacted with folded hands and hug emojis.

The Big Bull, inspired in part by the life of tainted stockbroker Harshad Mehta, is directed by Kookie Gulati. Ahead of the film’s release, which was delayed because of the coronavirus pandemic and moved to streaming, Abhishek and the team fielded comparisons with Hansal Mehta’s acclaimed series Scam 1992: The Harshad Mehta Story.

Abhishek has said in interviews that while he is flattered about the comparisons with actor Pratik Gandhi, who played Harshad in the show, the film offers a different take on the story. In The Big Bull, Abhishek’s character is named Hemant Shah.

Unlike Scam 1992, the film opened to poor reviews. “Even though it should never have been a competition between two filmmakers and their works, disappointment hits far worse when the difference is so drastic. We need to lock up this bull now,” the Hindustan Times noted in its negative review.