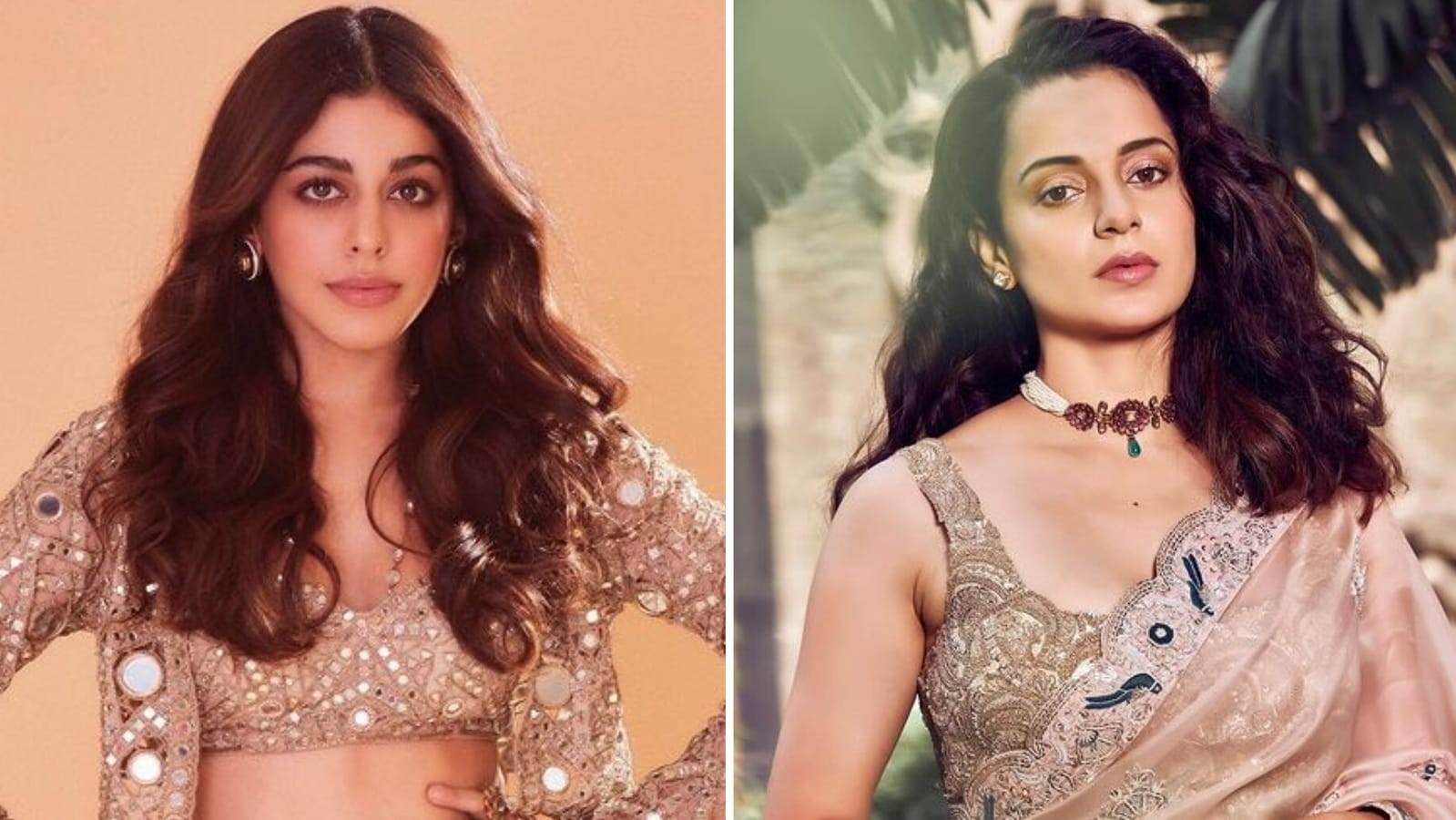 Alaya F, during a recent appearance on a chat show, was asked to share the word that she relates the most with the given celebrities. She was given the names of Alia Bhatt, Sara Ali Khan, Kartik Aaryan and Kangana Ranaut.

On Zoom TV’s By Invite Only, Alaya was all praise for Alia. “Uff, she is just too good! I saw her Gangubai trailer at least… We (she and host Renil Abraham) have seen it together, I don’t know how many times, so imagine how much I saw it on my own time,” she said.

“We have seen, like, a bad trailer and then we are like, ‘Let’s just watch Gangubai to refresh our minds. We have to clean it out,’” she added.

Asked to associate a word with Sara, Alaya did the ‘namaste’ gesture, before saying ‘cultured’. For Kartik, she chose ‘dhamaka (explosion)’, which is also the name of his upcoming film directed by Ram Madhvani.

Finally, Alaya was asked to share the word that she relates with Kangana. “Not this word for her but this is the word that comes to my mind because she says it a lot. ‘Chaploosi (bootlicking)’,” she laughed.

Kangana’s team, in the past, has used the word ‘chaploosi’ for Swara Bhasker after she defended Karan Johar. She also suggested that Sushant Singh Rajput’s career was sabotaged because he did not know how to stroke the egos of Bollywood bigwigs.

Swara while doing chaploosi pls don’t forget Kangana graced the show after many requests, she was the superstar and KJO was the paid host it is not for him to remove anything if channel wants it, and her voice needs no KJO to reach people 🙏 https://t.co/4mHO7lc1mv

Last year, Alaya made her debut with Nitin Kakkar’s Jawaani Jaaneman. She won the Filmfare Award for Best Female Debut for her performance in the film.

Jawaani Jaaneman also starred Saif Ali Khan, Tabu, Kubbra Sait and Chunky Panday. Alaya played a young girl who comes to London to find her father, who has no idea about her existence. However, she soon finds out that she is pregnant.

Kriti Sanon: The one thing I realised in the lockdown and...