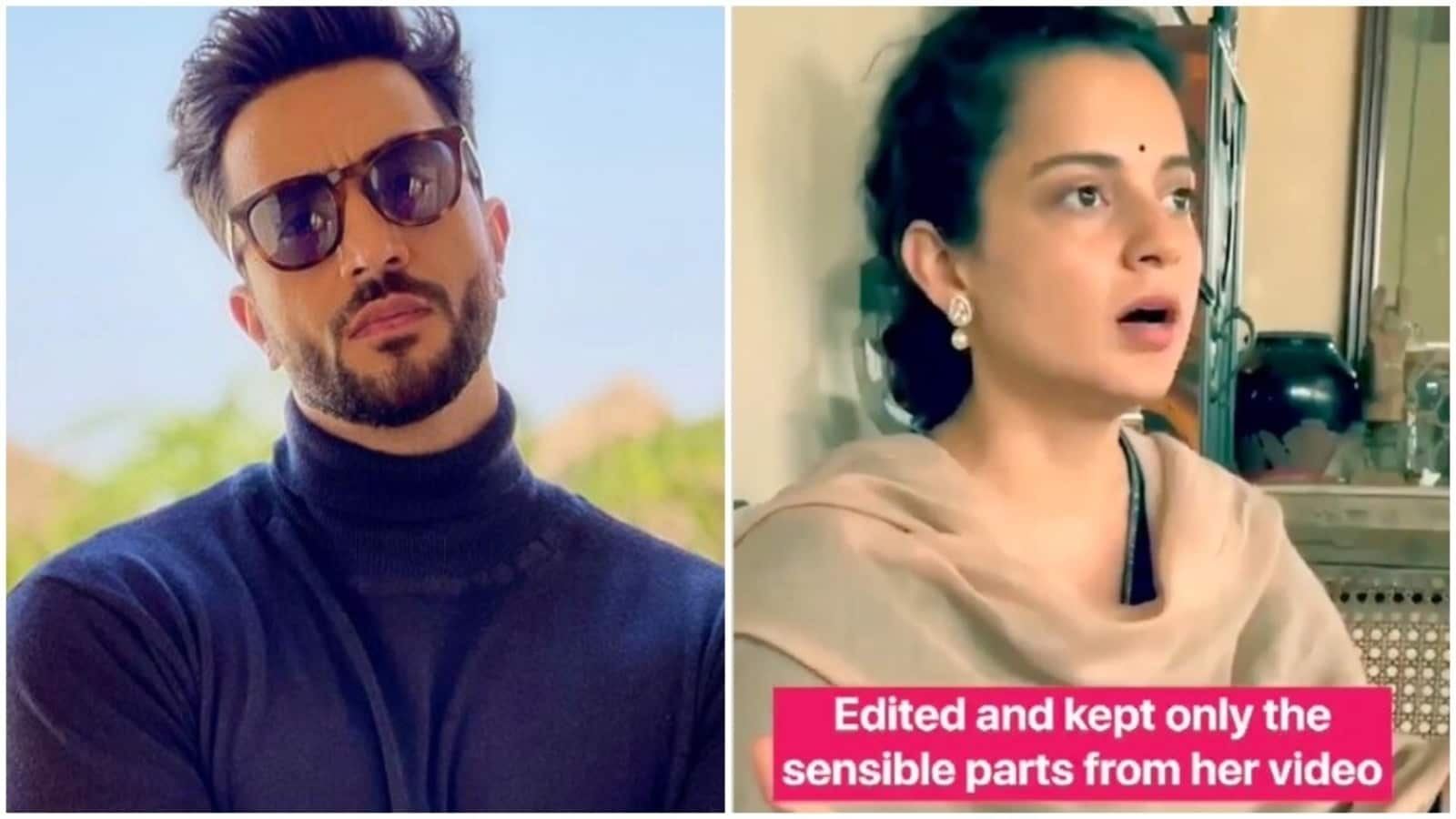 Bigg Boss alumnus Aly Goni has reposted an edited version of Kangana Ranaut’s latest video, in which, she had issued warning to those she believed were ruining India’s reputation in the world. In the new version, an Instagram user had edited out bits and ‘kept only the sensible parts’. Except, there was nothing but silence in the video now.

The video, edited to include only the few seconds when Kangana took a pause or caught a breath, was posted by one Pulkit Kochar. Aly reposted it on his Instagram Stories. The video has received 42,000 likes and many comments.

One person wrote, “This made more sense.” Another said, “Omggg I can’t I had an honest laugh after days.” “This was so motivating! Thank you for uploading,” joked another.

In her original video, posted on social media on Friday, Kangana had criticised foreign countries for criticising Indian government’s handling of the Covid-19 pandemic. “India is shown as if its people have just evolved from monkeys to humans. They behave as if a few white people must come and make you their slaves, tell you what to do, how to behave, eat, tell you what a democracy is, whom to choose, you just don’t have the sense to do what is right. So we will tell you what to do,” she had said in her video.

Also read: Salman Khan says he looks ‘the same age’ as Disha Patani in Radhe, accepts kissing her through tape

Aly was part of the 14th season of Bigg Boss. He took part in the show with his girlfriend, Jasmin Bhasin. He was among the top four contestants on the show. Since leaving the reality show, he has starred in music videos with Jasmin, titled Tera Suit and Tu Bhi Sataya Jayega.

Kangana Ranaut calls Covid-19 ‘a wake-up call’ after dismissing it as...

Fatima: People think Covid-19 is not real, just a name to...