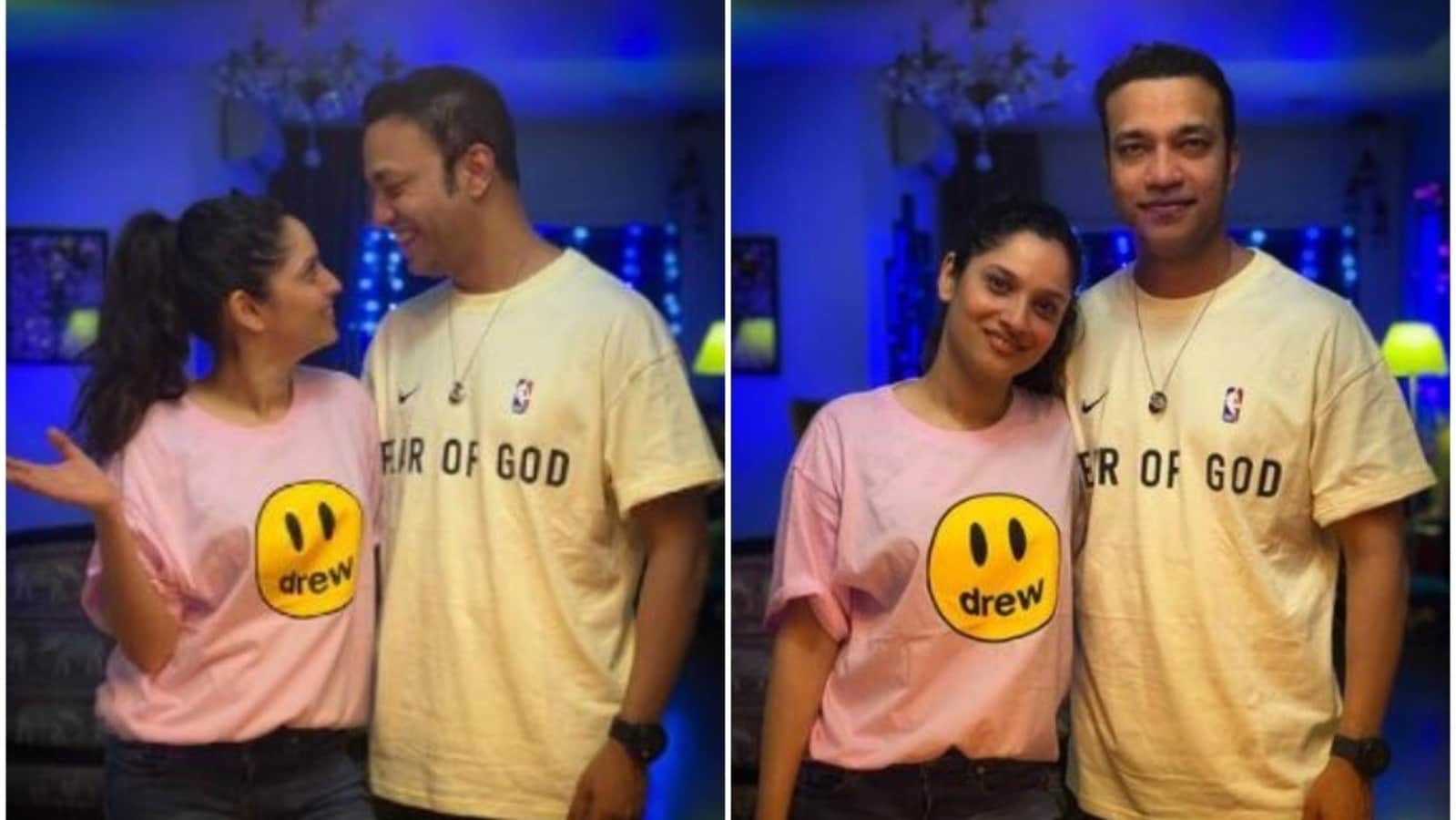 Sharing one of them, she wrote: “Worlds change when eyes meet.” The picture showed the two of them looking at each other. On a table in front of them is a cake and several lit candles. Many of her friends reacted to the pictures. Actor Sana Makbul wrote: “My cutieeeess @lokhandeankita and my BFF @jainvick god bless you both.” TV actor Ashita Dhawan said: “Beautiful edit.”

Her fans also reacted to the picture; one said: “Aahhhh Finally was waiting for this one.” Another said: “Bonds everlasting God bless you and your family.”

Sharing another photo, Ankita wrote: ““The tides move in harmony with you.” Actor Amruta Khanvilkar wrote in the comments section: “Love to both.”

Many fans reacted to these pictures too; one said: “Divinity. All my love for you.” Another said: “A gentleman treatin’ her like a QUEEN which she deserves God bless you.” A third fan said: “How Cute Viank.”

Ankita, on several occasions, has thanked Vicky for being her support system. Last year, after the death of her ex-boyfriend Sushant Singh Rajput, in an Instagram post she had written: “I can’t find the words to describe my feelings for you. One thing which come in my mind when I see us together is I’m grateful to god for sending u in my life as a friend, partner and as soul mate.”

Prior to dating Vicky, Ankita had been in a six-year old relationship with Sushant, which ended in a breakup. Speaking about it, in a recent interview to Bollywood Bubble, she had said: “For me, it was very difficult but my family stood by me. My life was finished. I was just finished. I did not know what to do after that. I am not blaming anyone. He chose his way. I gave him the full right, ‘Chal, yeh teri zindagi hai (it’s your life), you can go on.’ But then, I was battling with something very badly and my family stood by me. I came out very strongly.”

Wondering why Rakesh Roshan is trending on Twitter as ‘best dancer’?...