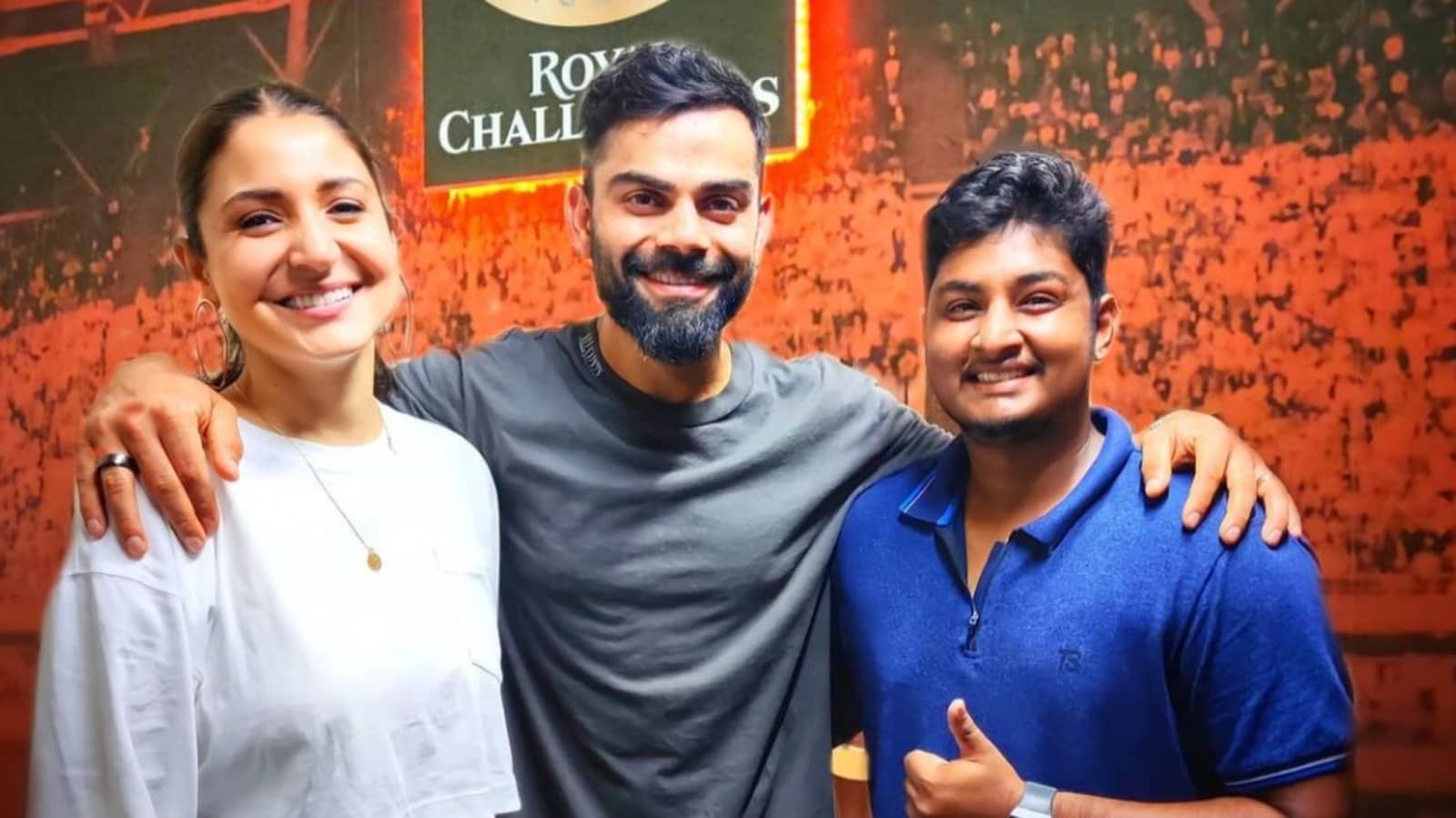 Actor Anushka Sharma and her cricketer husband Virat Kohli posed for fresh new pictures on Sunday night with his teammates and a fan. The couple was at Taj Land’s End in Mumbai amid the ongoing IPL 2021 series.

Cricketer and Royal Challengers Bangalore’s new recruit Gabriel Ben posted a picture with the two on Monday, saying that it was ‘most awaited’. “The most awaited photo with virat bhayya and anushka mam @virat.kohli @anushkasharma,” he wrote in his caption. Several of his followers dropped heart emojis on his post and called him ‘so lucky’.

Virat is the captain of the RCB team. Another photo showed the two posing for a photo with a man, most likely a fan. Anushka is seen wearing a white top and a striped outfit underneath it. Virat was seen in a grey shirt and blue shorts.

Earlier on Sunday, pictures of Virat and Anushka at the gym had surfaced online. They were posing with a few other RCB members. Fans noticed how Virat was also carrying the burp cloth of his newborn daughter on his shoulder.

The couple became parents in January this year with the arrival of their first child, daughter Vamika. Announcing her name, Anushka had written in an Instagram post, “We have lived together with love , presence and gratitude as a way of life but this little one, Vamika has taken it to a whole new level ! Tears , laughter , worry, bliss – emotions that have been experienced in a span of minutes sometimes ! Sleep is elusive but our hearts are SO full. Thanking you all for your wishes , prayers and good energy.”

Anushka and Vamika have been with Virat throughout the current season of IPL. They were spotted at the Mumbai airport with him and are currently with him at the Taj Lands End, in Mumbai.

Nafisa Ali Sodhi shares a throwback video from after her cancer...