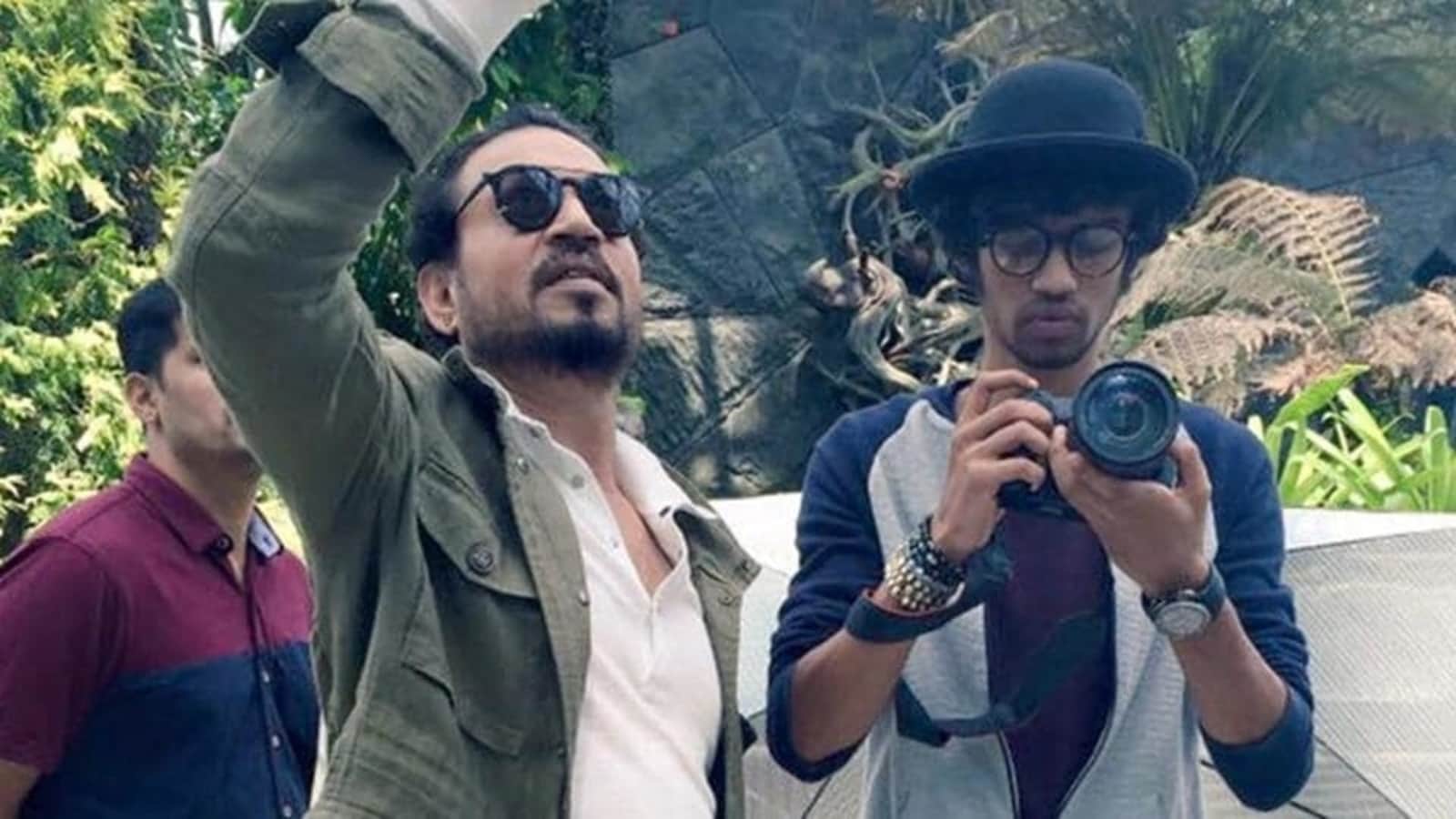 Babil, son of late actor Irrfan Khan, has recalled his father’s reaction when he watched him in front of the camera. He asserted that Irrfan had never seen him act but there was a time when Babil had a ‘one second shot’ and Irrfan had been very excited about it.

He also remembered that his father took over everything on the set and even went on to say ‘action’ for the scene. Babil added that he would have loved for his father to watch him act. Irrfan died at a Mumbai hospital on April 29 last year after battling a neuroendocrine tumour since 2018.

On his first death anniversary, speaking to a leading daily Babil said, “He saw me act once, though ( laughs)! I was assisting the camera team in Qarib Qarib Single. There was this shot where me and my then-girlfriend, we had this one second shot as extras. And he was so excited to see me in front of the camera, he just took over ( laughs)! He wouldn’t even let Tanuja ma’am say ‘action’ also! He took over everything, he came to say ‘action’, I saw this joy on his face, I can’t explain it to you…I would have loved for him to watch me.”

Remembering Irrfan’s absence during his eighth grade play, Babil also said, “I was very upset when I did my 8th grade play and he didn’t show up for that, because, obviously, he was working, he had prior commitments. But I was really upset about that. I think I’m just reminiscing about that because now I’m finally acting and he’s not there to watch it. If he was there, he’d have given me these kind of tips… So today when I talk about him as an actor, or his tips, (like he does on Instagram sometimes) it’s part reminiscing, part sharing, part even I don’t know what it is…I regret he could never watch me act.”

On Thursday, Babil in an Instagram post shared his father’s picture from his chemotherapy days and wrote an emotional note. He also posted a handwritten note by Irrfan.

In the picture, Irrfan is seen fixing a table at his home. Babil penned a note speaking of the heartache he has been struggling with post his demise and how much he misses his father.

For Deepak Dobriyal, the past one year since Irrfan’s death has not gone by in a blink