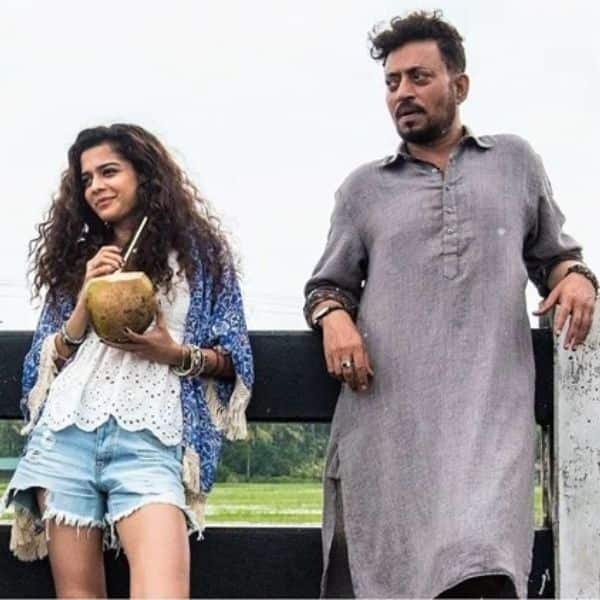 Irrfan Khan’s demise had shook the nation like few other celebrity deaths ever had. Not only did people find it tough to come to terms with his untimely demise, there was a pall of gloom that descended all over the nation. After all, he had touched so many lives as an actor par excellence, as a human being who had wonderful encounters with both celebrities and common folk, and also as a groundbreaking success story who became a star from extremely humble beginnings despite his unconventional choices and unassuming stature. So, it’s a no brainer Irrfan Khan must’ve touched the lives of those who had actually worked with him. One such individual is actress Mithila Palkar, who, in an exclusive interview with BollywoodLife, offered a beautifully unique perspective to remember her costar when we had asked her how difficult it must be to revisit their movie, Karwaan. Also Read – WTF Wednesday: Trolls slamming late Irrfan Khan’s son, Babil, for cashing in on his father’s stardom is the newest level of low

“I think the fact that he has touched upon so many lives, including all of us, case in point being me, where I have had the privilege of spending time with him on set and spending time with him off set and just having conversations with him, I think, he would’ve never wanted us to mourn about it (his untimely demise). He’d have wanted us to celebrate — celebrate his memories, celebrate his presence and celebrate the stories and all the other things that he had shared with us, left with us. It’s hard to believe that he’s not there anymore, but he wouldn’t have had it any other way, but to have us all just remember him very, very fondly and I feel, that speaks volumes about him.” Also Read – Trending Entertainment News Today: Nysa Devgn turns 18, Hina Khan’s dad passes away, Sajid Khan in legal trouble

Well said, Mithila, very well said. Also Read – Irrfan Khan’s son, Babil, reveals why he has stopped sharing anecdotes of his dad, and the reason will make your BLOOD BOIL