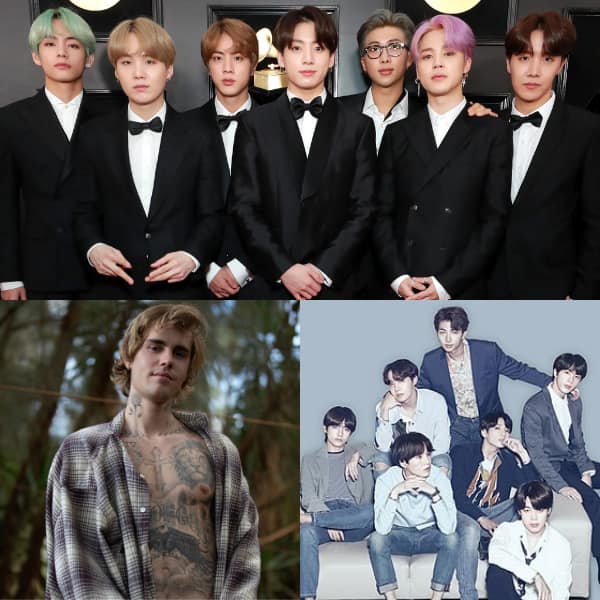 Finally, now Beliebers and ARMY can heave a sigh of relief. BTS is collaborating with Justin Bieber and it’s confirmed. As per the reports, the two pop sensations have been working on a new song. Yes, you read that right. We just cannot contain our excitement. Just last year, we saw Selena Gomez collaborating with the most popular Korean pop girl’s band, Blackpink for a music video, Ice Cream. The song was a huge hit amongst pop music lovers, and it also created several records. And with this, yet another West meets East collab, we just expecting fireworks for sure. A source close to the development of the same, told Page Six, “They are taking their time on it and going to make sure it is released right.” BTS and Justin Bieber coming together for a song is indeed a huge thing as both are giants in their arena of music. Also Read – BTS: When Jungkook hid himself in an old abandoned factory and scared the daylights outta Hobi, V and Jimin

It is being said that Justin Bieber and BTS are making a new song as an extended part of the former’s recent release Justice. Justin Bieber’s Justice has had two releases, Deluxe Edition and a Triple Chucks Deluxe Edition hitherto, The Justice Deluxe Edition has grabbed the top spot on the Billboards 200 charts. Meanwhile, recently, HYBE (formerly known as BE), BTS’s talent management company bought Scooter Braun’s Ithaca Holdings, which houses Justin Bieber, Ariana Grande, J Balvin, Demi Lovato, Thomas Rhett and Florida Georgia Line to name a few. Also Read – BTS’ Jimin REVEALS what he likes about V the most

Furthermore, the boys aka BTS are gearing up for the release of Butter. The song is one of the most anticipated ones by the K-pop band and is the second all-English song after Dynamite. BTS’s Butter is dropping on 21st May. While announcing their new single, the band had kept their viewers engaged for over an hour to announce the new single through YouTube live stream. Recently, Amul Butter gave the boys a tribute with a doodle. Also Read – BTS: Kids feel that Kim Taehyung will make a good president, but the reason will make you ROFL

How excited are you for Butter and BTS’s collaboration with Justin Bieber? Let us know by tweeting @bollywood_life.