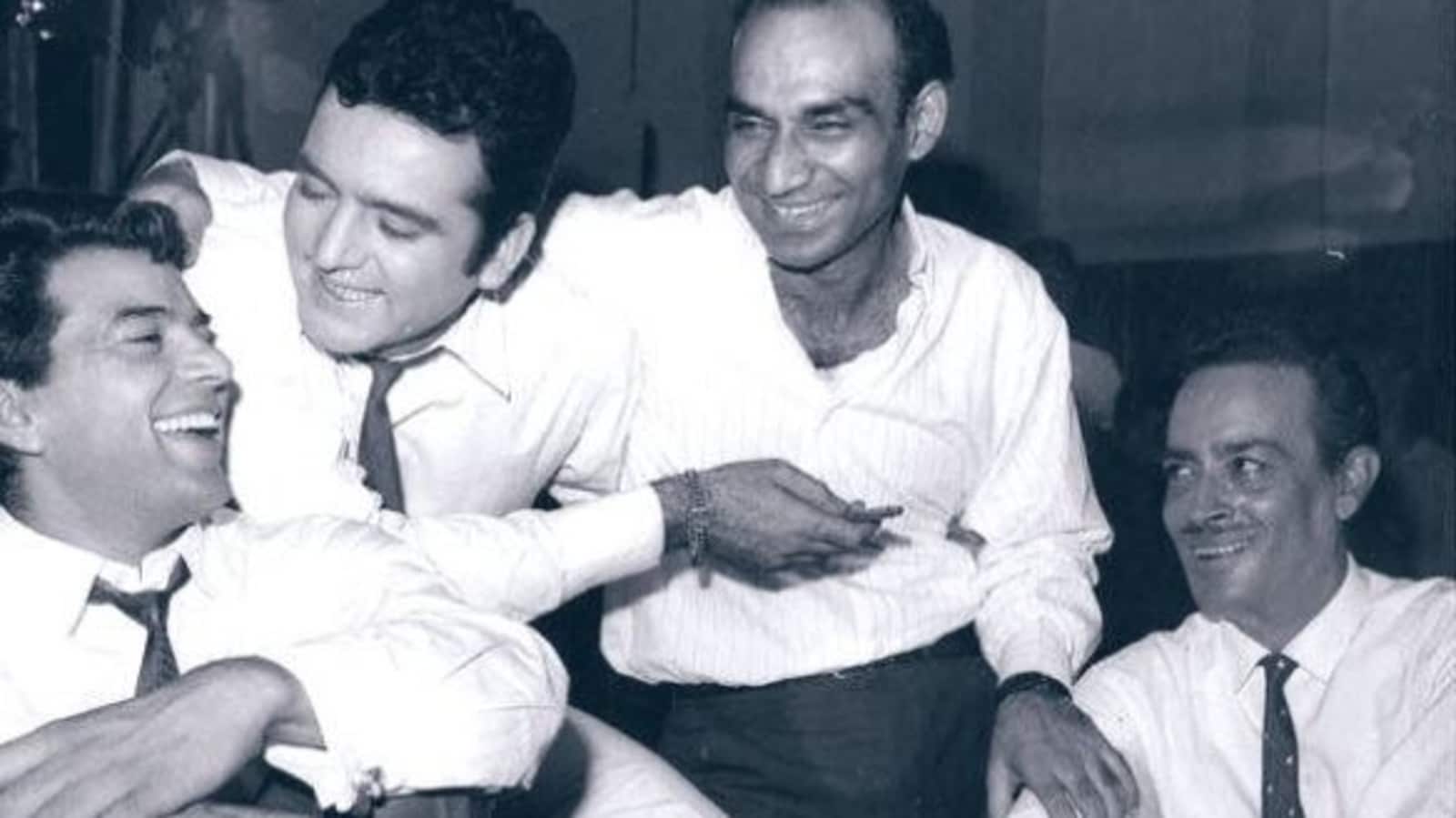 Actor Dharmendra responded to a tweet by director Anil Sharma and spoke about being a loner. The filmmaker had shared a black and white picture featuring Dharmendra, Feroz Khan, Yash Chopra and Iftekhar.

Actor Dharmendra on Wednesday said he was a loner and that he now lives with the memories of times gone by. The veteran actor was replying to a tweet by Apne director Anil Sharma.

Anil had tweeted a black and white photo featuring some of the stalwarts of Hindi cinema from the 1960s. It featured Feroz Khan, filmmaker Yash Chopra and character actor Iftekhar with Dharmendra. Anil had written: “What a moment .. some memories are highly touching.” He had tagged Dharmendra.

Replying to him, Dharmendra wrote: “Kahan gaie woh din …. Anil , I am missing those moments full of lively laughter………A loner, living with the remembrance of those touching memories.” The picture was reportedly from the shoot of Yash Chopra’s 1969 film, Aadmi Aur Insaan.

Kahan gaie woh din …. Anil , I am missing those moments full of lively laughter………A loner, living with the remembrance of those touching memories…..

Dharmendra often shared pictures and videos from the past. On a recent visit to Deewane Season 3 sets, he had mentioned how he was smitten by Waheeda Rehman after watching Chaudhvin Ka Chand. He had said: “Humne Waheedaji ki film dekhi thi Chaudhvin Ka Chand. Hungama hogaya tha. Sara zamana inpe fida tha thode hum bhi fida the. Maine Waheedaji ko ek programme me kehte huye suna tasveere unko dikhayi gayi inme aapka crush kispe tha Waheedaji ke muh se nikla ki Dharmendra. Toh main sochta hun yaar jab hum fida the tab kya hua tha? (I had watched Waheedaji’s film Chaudhvin Ka Chand. It caused a commotion. Everyone was smitten by her and so was I. In a programme when she was shown pictures and asked ‘who is your crush among these?’ she replied ‘Dharmendra’, I wonder what happened when I said I had a crush on her too?)”

Also read: Randeep Hooda opens up on Bollywood’s cold reaction to Extraction last year: ‘Maybe they didn’t like my acting’

After the death of actor Shashikala, earlier this month, he had shared a picture from one of their older films and said: “I am extremely sad to know that our Shashikala is no more…. A versatile artist, most loving person. May God bless her soul be in peace.”

Dharmendra will be seen next in Apne 2. It will be directed by Anil, who had helmed the 2007 film too.

Pooja Bedi says one does find love after divorce: ‘My dad...

Vijay Varma has theory as to why Suitable Boy ‘didn’t make...