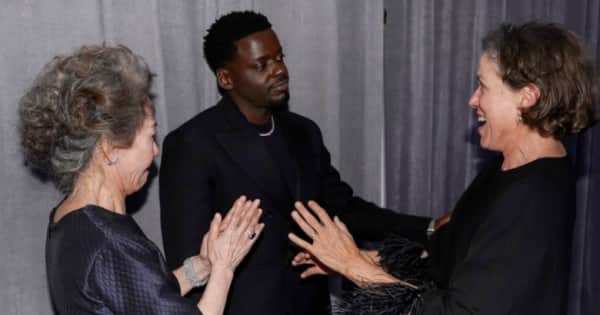 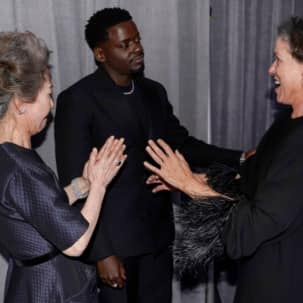 This year the Oscars ceremony was very different. Of course, the world is dealing with an unprecedented pandemic. The venue this time was the Los Angeles’ Union Station. Every time, it is held at the Kodak Theatre. Due to the less number of people, winners got more time than 45 seconds to make that epic speech. Only presenters and nominees were present at the venue. No other guests or members from Hollywood attended the do. This year, the after-party which is a huge highlight was scrapped. Also Read – Oscars 2021: Anthony Hopkins’ Best Actor win for The Father over late Chadwick Boseman’s Ma Rainey’s Black Bottom surprises fans — view tweets

As per a report in Hello magazine, there were only 170 people inside. They were rotated inside and outside venue throughout the programme. Stacey Sher, the producer and organiser of Oscars 2021 said there was no traditional red carpet. She said, “It’s not a traditional red carpet, it’s a teeny-tiny red carpet. It’s a very small footprint for safety reasons, obviously.” But the people who came inside did wear any masks. None of them covered their face as they interacted with the small crew. This was against the law set by California state for production houses. Also Read – Oscars 2021 Full Winners List: Chloe Zhao, Nomadland, Daniel Kaluuya, Soul emerge as the big victors

Last but not the least, it seems the people attending had to take three tests before coming for the event. There was a digital thermometer at the entrance. Also Read – Oscars 2021 Best Moments: From Minari’s Yuh-Jung Youn’s fan moment with Brad Pitt to Tyler Perry’s ‘Refuse Hate’ speech and Glenn Close twerking — here’s what left a mark