Nick Jonas and Priyanka Chopra are one of the most-celebrated couples in showbiz. If one is a global icon, the other is a pop singer. And ever since their wedding in December 2018, the couple has been busy giving relationship goals. And Happiness Begins Tour at Boston was no different when Nick told wife Priyanka I Love You in sign language during live concert.

Nick Jonas, who is performing with his brothers Joe Jonas and Kevin Jonas as a part of Happiness Begins Tour, stole may hearts when he signalled I Love You to Priyanka during Boston concert.

Clad in an orange ensemble, Nick made the ‘I Love You’ hand gesture towards Priyanka, who was a part of the audience. The Sky Is Pink actress was accompanied by mother Madhu Chopra.

Ok, I'm done, Nick telling "I love you" to Pri in sign language is the cutest thing, since the concert a few months ago I've been waiting for this ❤❤❤❤❤😭😭😭😭😭 (the third pic is only reference of her position, I don't know in which moment was taken that pic🥰) . . . #MrAndMrsJonas #PriyankaChopra #NickJonas #DesiGirl #NationalJiju #nickyanka #Prick #JonasBrothers #Hollywood #Bollywood #Queen #NPLegacy #NP #PriyankaChopraJonas #Love #IBelieve #HappinessBegins

The pictures of Nick’s adorable gesture has surfaced online, courtesy fan pages, and their fans cannot keep calm. If one user wrote, “The cutest.. when you have this kind of love you can face the world,”, another one said, “Their love is so real. May God continue to bless them.”

Recently, Nick and Priyanka joined Joe Jonas for his Bond-themed birthday party. If Nick looked dapper in a black tuxedo, Priyanka stole the show in a sheer feather dress.

Despite their hectic schedules, Priyanka and Nick know how to take out some “we time”. Talking about hers and Nick’s hectic schedules, Priyanka said, “We have a rule. We don’t go beyond, like, a week and a half of not seeing each other. Both of us have such individual careers that we make a deliberate attempt to at least always [meet] wherever in the world we [are].”

Priyanka, who tied the knot with Nick in Umaid Bhawan after a whirlwind romance, said that they are growing together and learning something new about each other every day.

“It’s so different. I’d never realized having a husband and a boyfriend are such different things. When you say your vows, it’s like, this person is my family, and it’s the family I chose. There’s a weird responsibility to them. And a safety that comes from it. We are learning about each other every day,” she told Elle magazine.

While Priyanka is currently accompanying Nick Jonas for his tour, she will soon come to Mumbai to begin promotions for her Bollywood film The Sky Is Pink. Directed by Shonali Bose, the film also stars Farhan Akhtar and Zaira Wasim, and is set to hit the screens on October 11 Deepika Padukone says ex ‘begged and pleaded’ to be forgiven after... 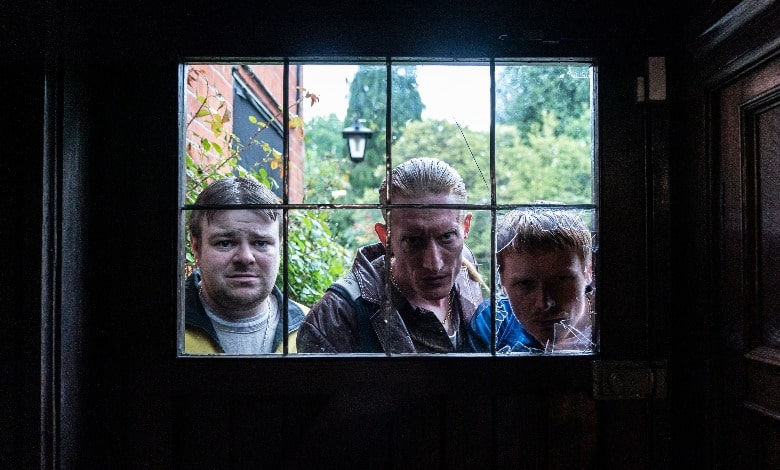 You Better Shut the Door on ‘The Owners’