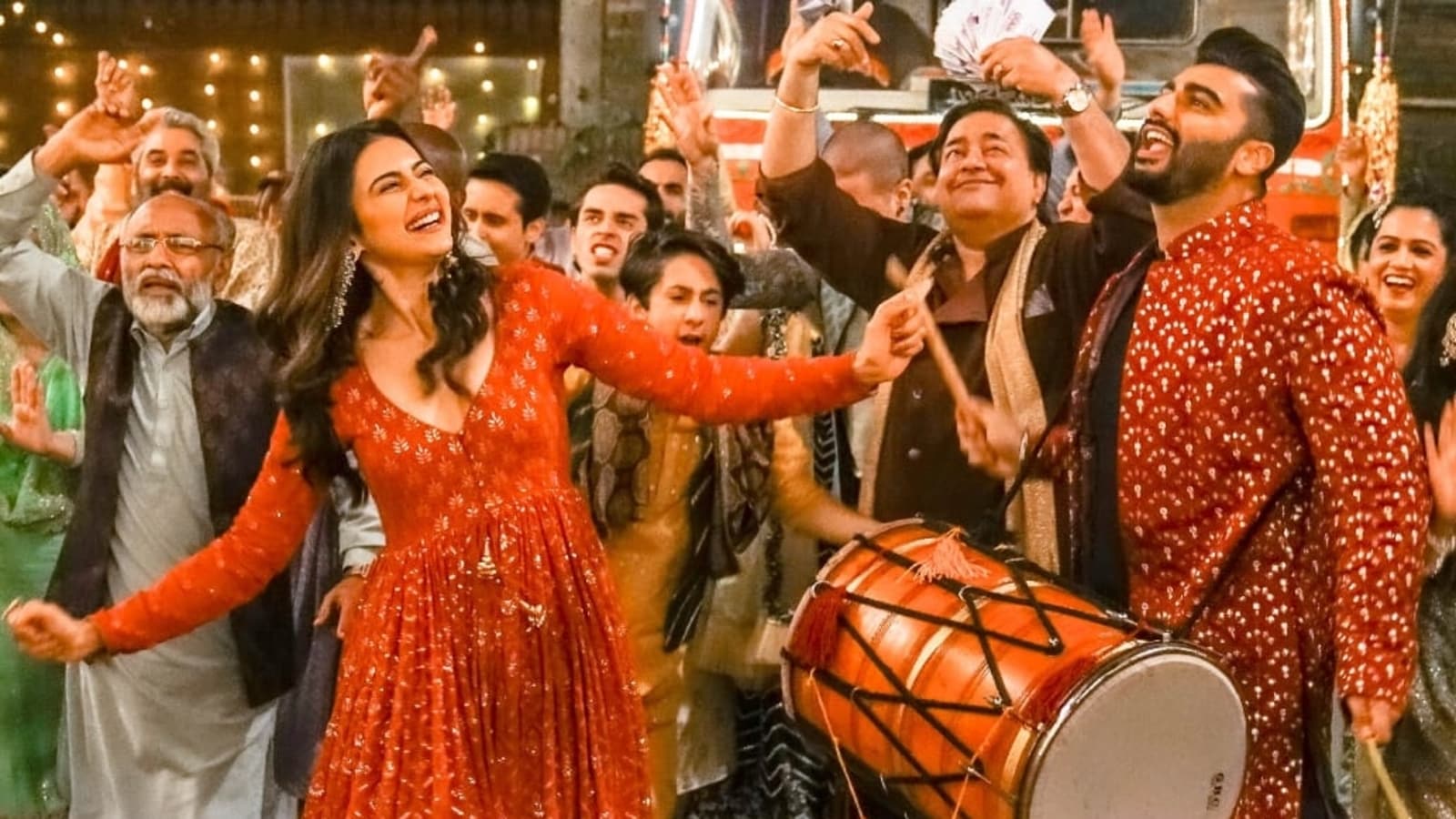 The first song from Netflix film, Sardar Ka Grandson is out and it has lead actors Arjun Kapoor and Rakul Preet Singh grooving to some peppy beats as they take part in a wedding baraat.

The dance number titled Jee Ni Karda showcases a Punjabi-style wedding. The video opens with Arjun and Rakul getting ready for the baraat. As Rakul leads the dance, Arjun is seen awkwardly contemplating his moves. A kid then teaches a few bhangra steps and guides Arjun.

Tanishk Bagchi has composed as well as penned down the number. Jass Manak, Manak-E and Nikhita Gandhi have lent their voices for Jee Ni Karda and Kruti Mahesh has choreographed it.

Sardar Ka Grandson will mark Arjun’s digital debut. Speaking about it, Arjun recently told Hindustan Times in an interview, “As we sit in this post and in pandemic world, it seems exciting to know my film will be released on a streaming platform and be consumed by millions across the world. It will be an opportunity for it to be seen in different languages with subtitles.”

Pooja Bedi reacts to Kartik Aaryan being ‘dropped’ from Dostana 2:...

Annup Sonii: We have to trust our doctors and people who...