Five months into her pregnancy, Kalki Koechlin has been craving grapefruit. But really, the fruit that punctuates her romance with Guy Hershberg, a classical pianist from Jerusalem, Israel, is oranges. Guy squeezes some freshly for her now; she has just returned from a shoot. An opal light filters through her window plants and bounces off the red highlights of her cropped hair as she folds herself into a blooming lotus on her most comfortable chair. Their dog child Kiara heads out for her walk. Guy retreats to the antechamber from where he offers the OST of Schubert’s Du bist die Ruh in B flat major (incidentally, ‘you are rest and peace’), moving on to the serenade. “I wake up every morning to Bach,” Kalki says. “What I fell in love with was his [Guy’s] calm.”

Six years ago, Kalki was rebelling against the idea of motherhood in magazine features and thinkpieces. She has spanned the journey from being against marriage in her early 20s, then marrying; rejecting the pressure of an expected motherhood, and now embracing it in her mid-30s. She wears her evolution with the comfort of having grown into it, bud to bloom. “I don’t know when my notions began to change, but I knew that after the break up of my marriage with Anurag [Kashyap, film director], I had come to revisit many ideas,” she says.

Whether it was strengthening her bonds with her mother after she was taken ill, or reconnecting with her father on a well-documented bike journey through the North East, her notion of family itself underwent a transformation.

“I’ve chosen a name that works for either gender and that is representative of a gay person, because I want my child to have that freedom of movement …”

“Motherhood began with my brother, who is much younger than I am. I remember watching him come home from school one day, he must have been seven or eight, with a project on climate change and thinking ‘this is such a renewal of innocence’. Children take us back to the basics; remind us of what is important. Also, just wanting to experience pregnancy, of feeling this life grow inside you.”

It’s not that Kalki and Guy actively reject the idea of marriage, just that they haven’t gotten round to it yet. Guy just moved to India from Israel this year after their two-year courtship and the baby decided, with a will of its own, to get them to reposition their lives around the birth. Kalki’s work schedule was packed until the baby dictated that its pace be accelerated. She’s just finished shooting a Tamil episodic film for a Netflix series with director Vignesh Shivan. She has to complete Season 2 of My Indian Life, the podcast for the BBC. She’s in an all-woman cast of a play written by Rehaan Engineer based on an adaptation of Chekov’s Uncle Vanya that will debut at the Serendipity Arts Festival in Goa later this year. And now she’s on a ticking timer counting down to January. C’mon maman, quatre à quatre, chop chop.

The child’s gender is of less relevance to Kalki than identity, a certitude Kalki herself has struggled with all her life. Born in Pondicherry, growing up in Ooty, white by skin and blood, but distinctly Tamil culturally, Kalki has had to relocate herself in her mind time and again. Between them, Kalki and Guy claim French, Iranian and Israeli descent, and Aurovillian, Tamil, the Hindi film industry and Western classical music as cultural identity. The baby will grow up learning five languages, French, English, Hebrew, Tamil and Hindi, and that’s just to begin with. The baby will deal with multiple nationalities, grapple with the idea of skin colour, race. “I am aware that these are struggles my child will have to face, and yet I am grateful for the mixture of influences that I have had,” she says.

Kalki doesn’t know what kind of a parent she will be; she has no strategy except to flow with her child. “I know that I want to be an engaged parent. My concern is to connect with my child, not to have a particular rule, or expectation.” Kalki has a name in mind if it’s a girl, and if it’s a boy, Guy has one that they’ve both agreed on. “I’ve chosen a name that works for either gender and that is representative of a gay person, because I want my child to have that freedom of movement under the many umbrellas of gender that we have,” she says.

It’s unlikely either Guy or Kalki will be a conservative parent, but there is nevertheless a certain return to the steady, the peaceable, the grounded. There was a time when Kalki had become an insomniac, coping with financial and emotional pressures post divorce, a media that went into overdrive with her or Anurag’s “affairs,” her coming out about having been molested, the fallout of intrusive reports on her immediate family and her increasing work schedule. “I felt like the Japanese housewife in Murakami’s essay Sleep, not knowing what was reality and dream,” she says.

“Children take us back to the basics… Also, just wanting to experience pregnancy, of feeling this life grow inside you.”

Until then, Kalki had always prided herself being approachable and transparent. She still is, but in a more cocooned way. Much of her evolution coincided with the choice to put her walls up, become self protective, and retreat into a womb of her own making. She began to set aside half an hour every morning for herself, introduce some consistency to a day wracked by erratic work schedules. Six months later, on a girl-gang trip to Israel, she met Guy. “By then, my heart had become more open to something consistent.”

Today, that half hour has expanded to switching off her phone once home. Where she would once scroll through WhatsApp messages and her social media first thing on waking up, she now makes time for walks on the beach with her partner, yoga, a book, writing, engaging with Guy’s music, making healthy organic meals, making time for her plants, friends, her dog. Just… love.

“I already feel the changes in the way I react to things. I am more deliberate, slower, more patient. When motherhood comes eventually, it brings with it a new consciousness to your sense of person. I still want to work but it is less about the rat race and more about nurturing oneself through one’s work. It becomes about infusing concentration and energy inward.” Even if she had planned the pregnancy for a year later, she believes, she would not have been any more ready, or less.

In a sense, Kiara, the dog child, has been her practice child. “You need to become gentler with a child, more conscious of how what you do impacts the baby,” Kalki says. Mood swings apart that is. “I really don’t get how nature ensures the survival of the species; the first three months are just so unpleasant,” she says, smiling. Cooking triggered her and even a walk on the street would hit her with the heightened stench of garbage and roadside bhel. She would cry at the drop of a hat. And apart from a select few, the pressure of keeping the secret and completing her work ahead of schedule was getting to her.

She’s looking forward to getting away to Goa by the end of the year where she will prepare for a natural water birth at a local naturalist birth centre. She’s been reading up on reduced trauma for the child as well as the stress-free environment for the mother in labour. There is a hospital and doctor 20 minutes away in case of emergency, god forbid, but research shows, she says, that it is unlikely she will need them in the hands of an experienced midwife. Which is after all, how she was born herself.

Legacy in motherhood is inevitable, as all daughters who have ever been told by their mothers, ‘you will know when you have a child of your own,’ know.

“I realise today that what my mother has done for me has been useful even when it has not been fun. I’m grateful she sat with me to learn French, my native language. I was snapping at Kiara the other day when she had gotten into my dustbin and while I was doing it, I could hear my mother’s voice in me. The mother in us emerges and it evolves from the mother we have had.”

Her mother, Francoise Armandie, has washed and prepared Kalki’s own baby clothes, all carefully preserved in their home in Ooty, for over three decades, in anticipation of her first grandchild. A cousin in Paris has lent her maternity clothes. She anticipates that when she makes her pregnancy public, friends in the industry she now calls home will embrace her with more of their own, tangible and intangible. The idea of family gets redefined and held closer by motherhood down this path of legacy.

From left: Kalki with her boyfriend and father of her child Guy Hershberg. “I fell in love with his calm,” she says; The actress with her dog child Kiara; Baby Kalki in her mother Francoise Armandie’s arms

There will be a variety of reactions she supposes, and judgment she is used to. “My superpower is disconnecting,” she says. She has moved from being battered by her role to wielding it. “Media, social media is useful for my work. I am not anti-connection. I have just stopped reacting to what is not relevant to me.”

Kalki is deeply conscious of bringing her child into a world that is simultaneously the most progressive one we’ve lived in, with technology, and possibility, and LGBTQ+ freedoms, and one that is in self destruct mode. “We have become about blaming. We blame the government, the government blames the people and the cycle never ends. I think we need to move to making it about getting things done.” Respect for oneself and others, love and compassion, is sufficient an identity for a child to be born into. 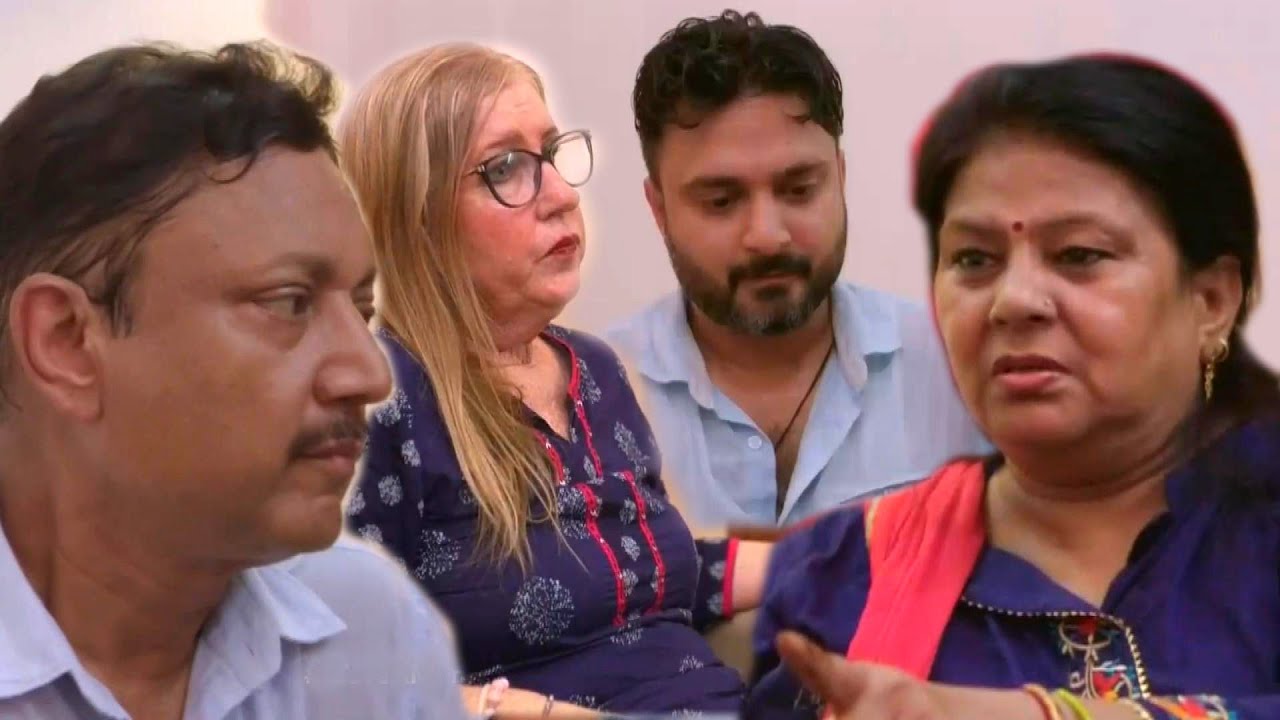