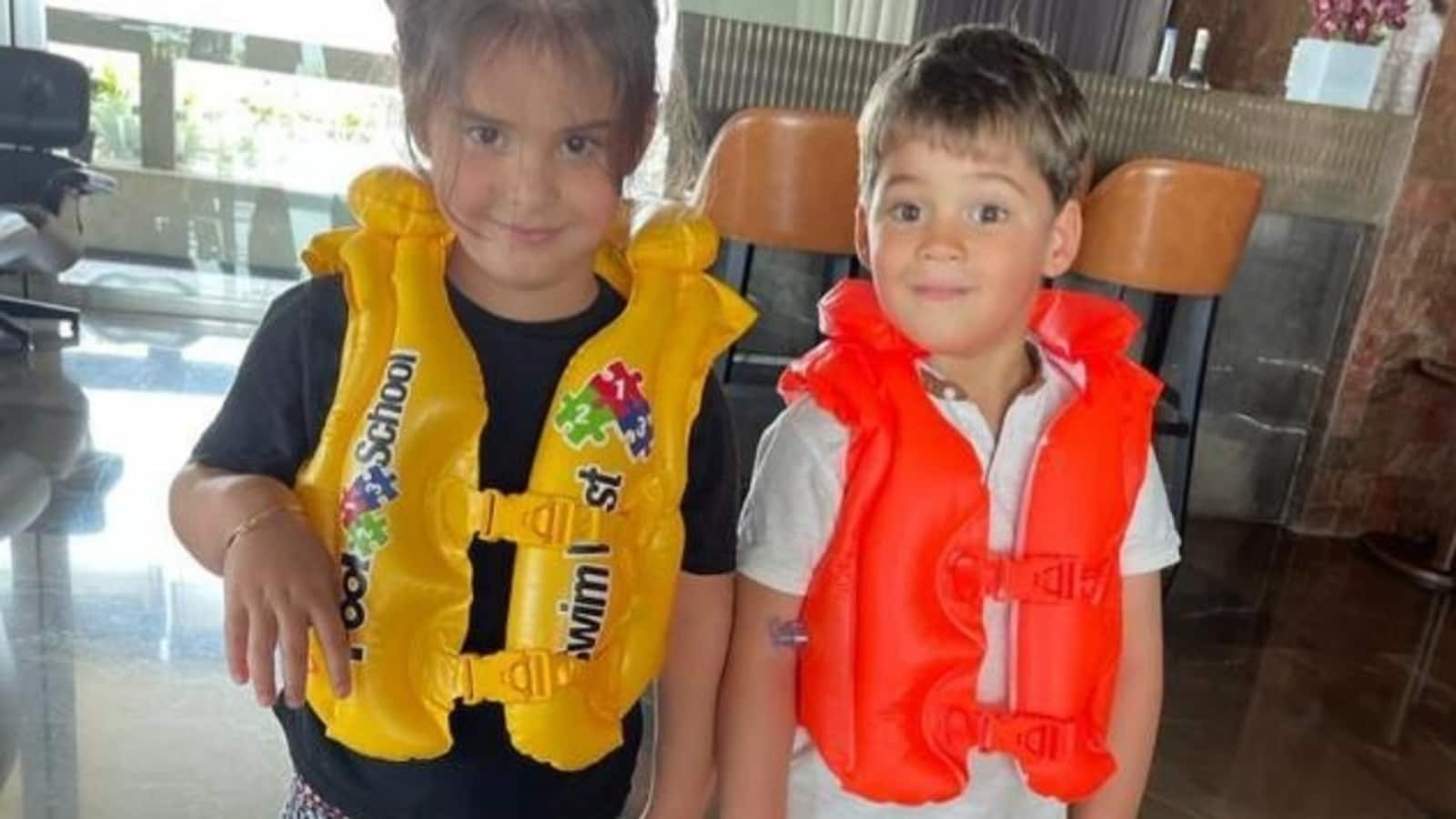 Filmmaker Karan Johar has shared a fresh picture of his twins, Yash and Roohi, wearing life jackets. Praising the school that they are enrolled in, he compared schools with life jackets.

Yash and Roohi posed inside their house and both were dressed in T-shirt and pants for the picture. Roohi wore a yellow life jacket while Yash donned an orange one. Karan’s post came as the kids are set to move to another school.

Karan posted the picture and wrote, “Schools are life jackets for our children….my mother and I are eternally grateful to the entire faculty…for nurturing, educating, and loving our twins.” He added, “As we transition to another school we take with us indelible memories of the beautiful days we spent…. thank you from the bottom of our hearts.”

Fans also showered the post with much love. One wrote, “Drowning in cuteness, need the life jackets for myself !!!!” Many others dropped heart emojis and called the picture “cute” and “adorable”.

Also read: Priyanka Chopra wishes her Text for You co-star Sam Heughan on his birthday

Karan welcomed the twins in 2017 when he became a single father through surrogacy. He often shares pictures and videos of the kids’ time at home and has also thanked his mother Hiroo Johar for being there to nurture and take care of the children.

He had told Hindustan Times Brunch that the day of their arrival at his home would be “etched in (his) memory” forever. Elaborating that scene, he had said, “Actually, it was a full on K3G moment! Very dramatic. With my Mom proudly standing at the door like Jaya (Bachchan) aunty holding a puja thali with burning diyas to welcome not her bahu – but her grandkids, all my aunts crowded behind her.”

On Anushka Sharma’s birthday, we are going back to the time she met her now-husband Virat Kohli for the first time during an ad shoot.

Priyanka Chopra on her mental health during lockdown: ‘Talking instead of...

When Manoj Bajpayee and Irrfan Khan competed for the same role...