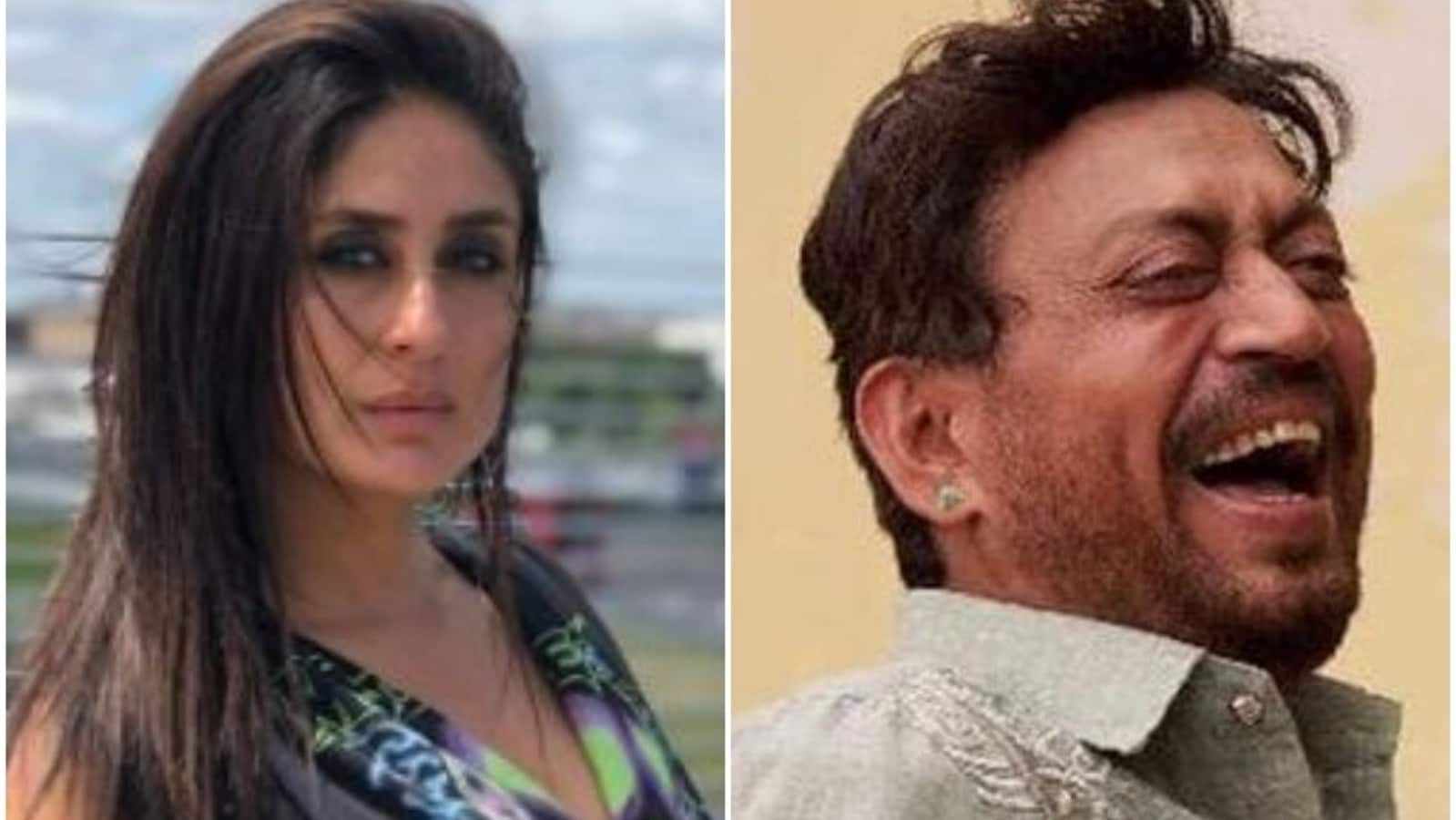 Actor Kareena Kapoor took to her Instagram Stories to remember Irrfan Khan on his first death anniversary. She posted a black and white picture in remembrance.

The candid picture showed Irrfan having a hearty laugh. She added a rose and red heart emojis with the picture but wrote no caption. The two had worked together in Angrezi Medium, which released in 2020.

A number of celebrities have been sharing pictures and paying homage to the late actor. Sharing a picture from their film, Qissa, actor Tillotama Shome wrote: “Papaji, Your breath lingers on in the ether… Swallowed the missing and focussed on the dancing light. As things burn around us, I think of your extraordinary light. All my love to Suttapa, Babil and Ayan today and everyday.”

The two worked together in a number of films including Hindi Medium and Shadows of Time among others.

Randeep Hooda too posted a picture and wrote: “I suppose in the end, the whole life becomes an act of letting go. #Irrfan.” Actor Rasika Dugal wrote on Instagram: “Thank you for the laughter, the memories, the magic and the cinema Irrfan. So many beautiful qissas….. Remembering #Irrfan.”

Earlier in the day, Irrfan’s son Babil shared an emotional note on Instagram on his father. He wrote: “Chemo burns you from the inside, so to find joy in the simple things, like building your own table to write your own journals. There is a purity, I have not yet discovered. There is a legacy that has already been concluded by my Baba himself. A full stop. Nobody can ever replace him. Nobody will ever be able to. To the greatest best friend, companion, brother, father, I ever had and ever will have. I love you so much, for the rest of this chaos we are choosing to call life. I would have built a space monument that could have taken us to the furthest parts of a blackhole singularity you were always intrigued by, but I would have been there with you Baba, and we could have gone together, hand in hand. (Exploring the last mysteries).”