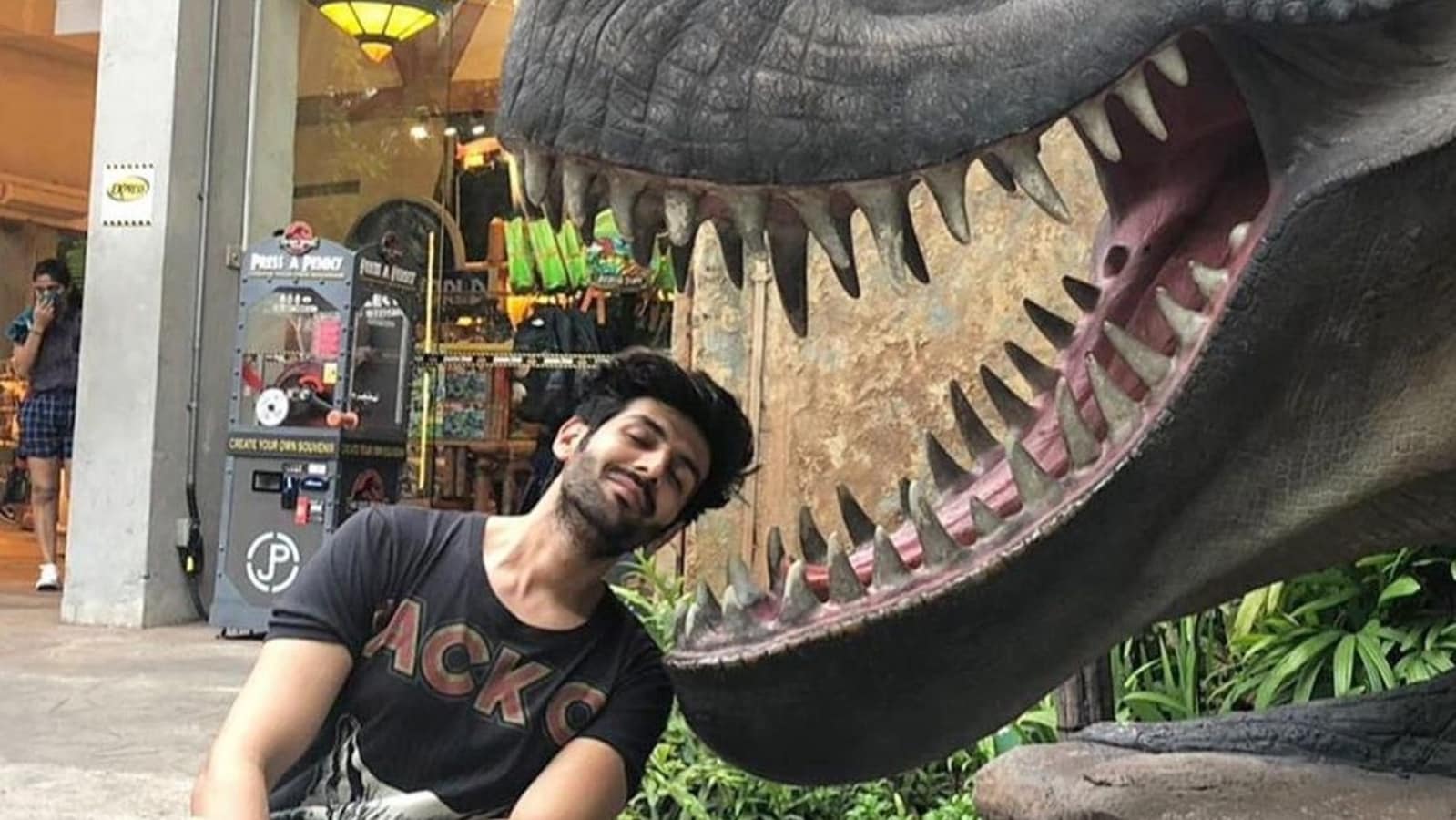 Kartik Aaryan reminded fans to mask up to keep Covid-19 at bay with a funny Instagram post. He shared a throwback picture of himself posing with a statue of a dinosaur and wrote, “Corona sliding into UnMasked Faces like…” In the photo, he was seen leaning towards the jaws of the dinosaur.

Fans were amused by his message, with many calling him ‘caption king’. “Funny funny but so true!! U r awesome boss!” one wrote. “Universal crush rocking worldwide with his Captions @kartikaaryan,” another commented. “Hey…stop making my heart go zooooooooom,” a third said.

In late March, Kartik announced in an Instagram post that he had tested positive for Covid-19 and was in home quarantine. He recovered in early April.

Since last year, Kartik has been spreading awareness about Covid-19. From a monologue urging everyone to take precautions to his online chat show Koki Poochega, where he spoke with frontline workers. Recently, he also urged all to register for the vaccine as vaccinations were opened to everyone above the age of 18 from May 1.

Also read: Tannaz Irani says she was informed on a ‘random call’ about being replaced in Apna Time Bhi Aayega

Last month, Kartik was at the centre of a controversy after it was reported that his ‘unprofessional’ behaviour upset Karan Johar, leading to his ouster from Dostana 2. Without confirming or denying the speculation, Dharma Productions put out a statement saying that they will be recasting the film.

“Due to professional circumstances, on which we have decided to maintain a dignified silence – we will be recasting Dostana 2, directed by Collin D’Cunha. Please wait for the official announcement soon,” the statement read. The actor, meanwhile, has not commented on the development.

Dostana 2 was supposed to star Kartik alongside Janhvi Kapoor and debutant Lakshya. The first schedule of the film began shooting in 2019 but was stalled owing to the Covid-19 pandemic.