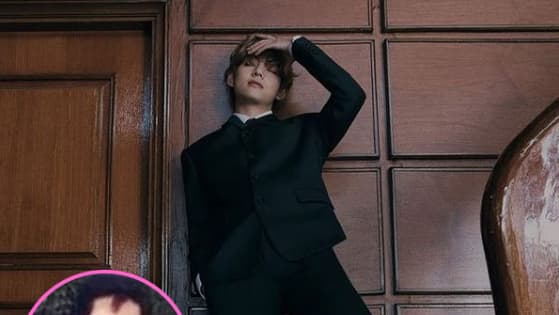 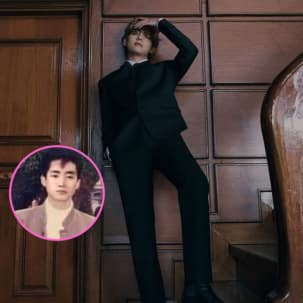 It is a known fact that Kim Taehyung aka V is considered by many as the handsomest member of BTS. He has handsome features, chiselled jawline and that mop of dark hair that makes him look like a dreamy prince. Fans of BTS know that he looks like his father. Senior V has been a huge inspiration in his son’s life. He once said that he learned how to talk in a charming manner from his father. His father who was a businessman has been a huge influence in his son’s life. It seems once V was exhausted with his life as a trainee in Big Hit Entertainment. He called up his dad to say that he felt like he was not cut out for it. His dad’s advice made him reconsider his decision. Also Read – Guess! Which BTS member out of V, RM, Jin, Suga, Jungkook, Jimin and J-Hope has the highest voice in the group?

Kim Taehyung said in an interview, “Being a trainee was so hard that I called him crying. When I told him I wanted to quit, he told me, ‘If it’s too hard, you can quit. There are lots of other jobs. Let’s look for one together.’ I had nothing to say to that. I felt embarrassed that I said that in the first place. As time passed, those words touched me.” He says his dad’s mantra ‘It’s no big deal’ helped him overcome his challenges. Also Read – Trending Entertainment News Today — 5 possible reasons that led to Kartik Aaryan and Karan Johar’s fallout; Farhan Akhtar hits back at a troll after his tweet on COVID vaccine price

Kim Taehyung has said that his dad is his hero. As a child, he was raised by his grandparents. He told Koreaboo.com, “Like I’ve always said, my hero is my dad. There’s always this moment where you say ‘wow’ and even the smallest actions seem cool. I was raised by my grandma and my dad came home on the weekends. There was this coin box in the car that was used to pay at the tollgate and my dad would grab a bunch of coins and give them to me. At that young age, I thought ‘my dad is the best!’. It’s all because of my dad’s support that I am here today. Also Read – As BTS announce their second English single, Butter, neitizens come up with hilarious memes

Kim Taehyung also said that in life he aspired to be like his father. He said his dad was much more good-looking than him. He told the portal, “My father is my dream. I resemble my father a lot. I want my personality to be more like his, too. If you look at old photos, my father was more handsome than I am.”