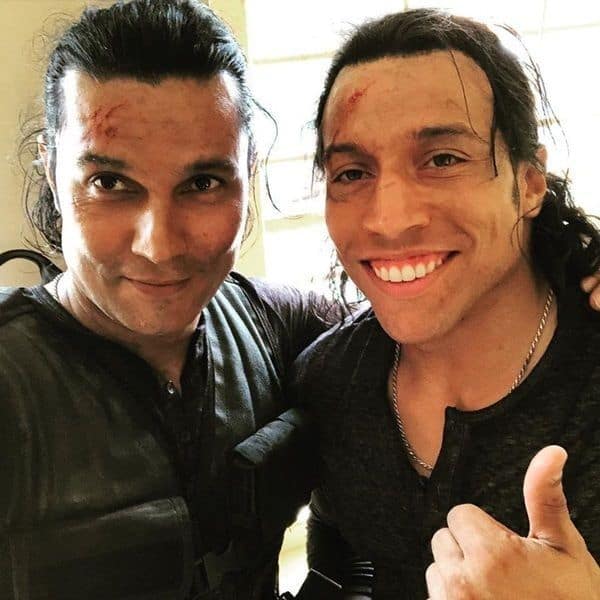 Last year, Randeep Hooda made an action-packed entry in Hollywood as Saju in the web film Extraction, starring Chris Hemsworth and David Harbour. It was produced by the Russo Brothers of Avengers: Infinity War and Endgame fame. But there were only a few Bollywood celebs who appreciated his performance in the film. As Extraction clocks one year, Randeep opened up about cold reaction from his Bollywood colleagues on Extraction saying that probably they didn’t like his acting. Also Read – FIRST LOOK of Natalie Portman as Jane Foster aka Mighty Thor from sets of Thor: Love And Thunder has Twitter thundering

“Well I’m quite used to it. It does happen time and again, well that’s okay. Maybe they didn’t like my acting, liked my action maybe, that’s why they didn’t speak up,” Randeep told Pinkvilla in an interview. Also Read – Chris Hemsworth’s huge biceps get all the attention as the hunk is seen cycling with Elsa Pataky

We often seen Bollywood celebs sharing teasers and trailers of their colleagues and appreciating their performances. This was something which didn’t happen in Randeep’s case. “But yeah there is a lot of hoopla that happens you know amongst people within the industry which did not happen for this. But, hey maybe as I said before maybe you didn’t like my acting,” he said. Also Read – LEAKED! Videos from the sets of Thor: Love and Thunder show go viral; check out whose playing Loki, Hela and Thor

A couple of days ago, Randeep had shared a behind the scenes video of Extraction to celebrate the completion of one year of his action film. Sharing one of his dialogues from the film, he wrote, “One Year Of Extraction “You rescue people?” “Yeah, sometimes….Sometimes I do other things.” #1YearOfExtraction To all the lovely cast and crew, Happy One Year to us! ?? #Extraction.”

Extraction had opened up of new horizons in international cinema for Randeep. He signed on his first American manager and is looking at exploring opportunities in the foreign shores.

Over the years, Randeep has proved his talent through films like Sarbjit, Highway, Laal Rang and Main Aur Charles. He will be seen next in Salman Khan’s Radhe which is all set to release in theatres and OTT on May 15 simultaneously.