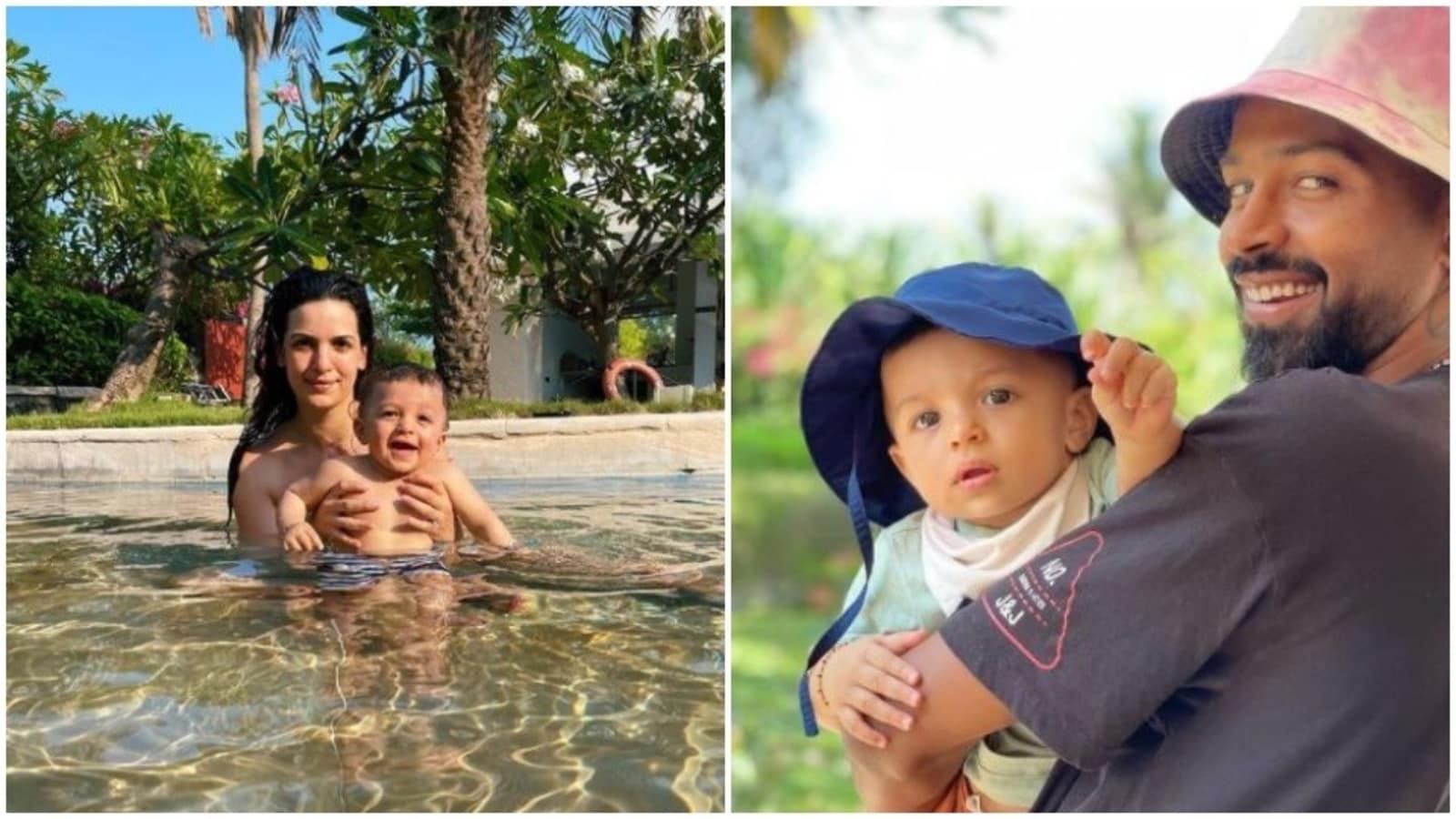 Natasa Stankovic and husband Hardik Pandya on Friday shared pictures with their son Agastya as the toddler turned nine months old. Taking to Instagram, Natasa posted the photo, holding the baby, with a heart emoji instead of a caption.

The mother-son duo is seen enjoying their time in a swimming pool as they smile for the camera. She also took to Instagram Stories and re-shared a fan club’s picture where she is holding Agastya in her arms. She captioned the photo with, “my heart’s a stereo it beats for your, so listen close”, a song by Gym Class Heroes.

Hardik also shared a picture in which Agastya can be seen in his arms. Several celebs reacted to the post in the comments section. Cricketer KL Rahul wrote, “Cutest.” Akansha Ranjan Kapoor and Natasa dropped heart emojis. Fans also poured their love. “So cute,” one fan wrote. Another said, “Damn.. Cute.” A third wrote, “too cute to b a dadddd.” Another wrote, “2 Cuties in one frame.”

When Agastya turned eight months old, Natasa had shared a photo of him in a onesie as he held her hand sitting on a bed. She wrote, “love you” along with a heart emoji.

The couple welcomed their first child on July 30 last year, a few months after they announced their engagement on January 1. Hardik had proposed Natasa on a yacht during a New Year getaway in Dubai in the presence of close friends. Speaking to crickettimes com about their engagement, Hardik had said, “My parents also didn’t know that I was getting engaged. Two days before (the engagement), I told Krunal. I told him, ‘I have had enough. I have found someone in my life who I love, and I am becoming better’. They (family) backed me and told ‘do whatever you want’.”

Ranbir Kapoor and Alia Bhatt were seen arriving at Neetu Kapoor’s home for the memorial service of Rishi Kapoor on his death anniversary.

When Sachin Tendulkar was embarrassed in front of Amitabh Bachchan after...