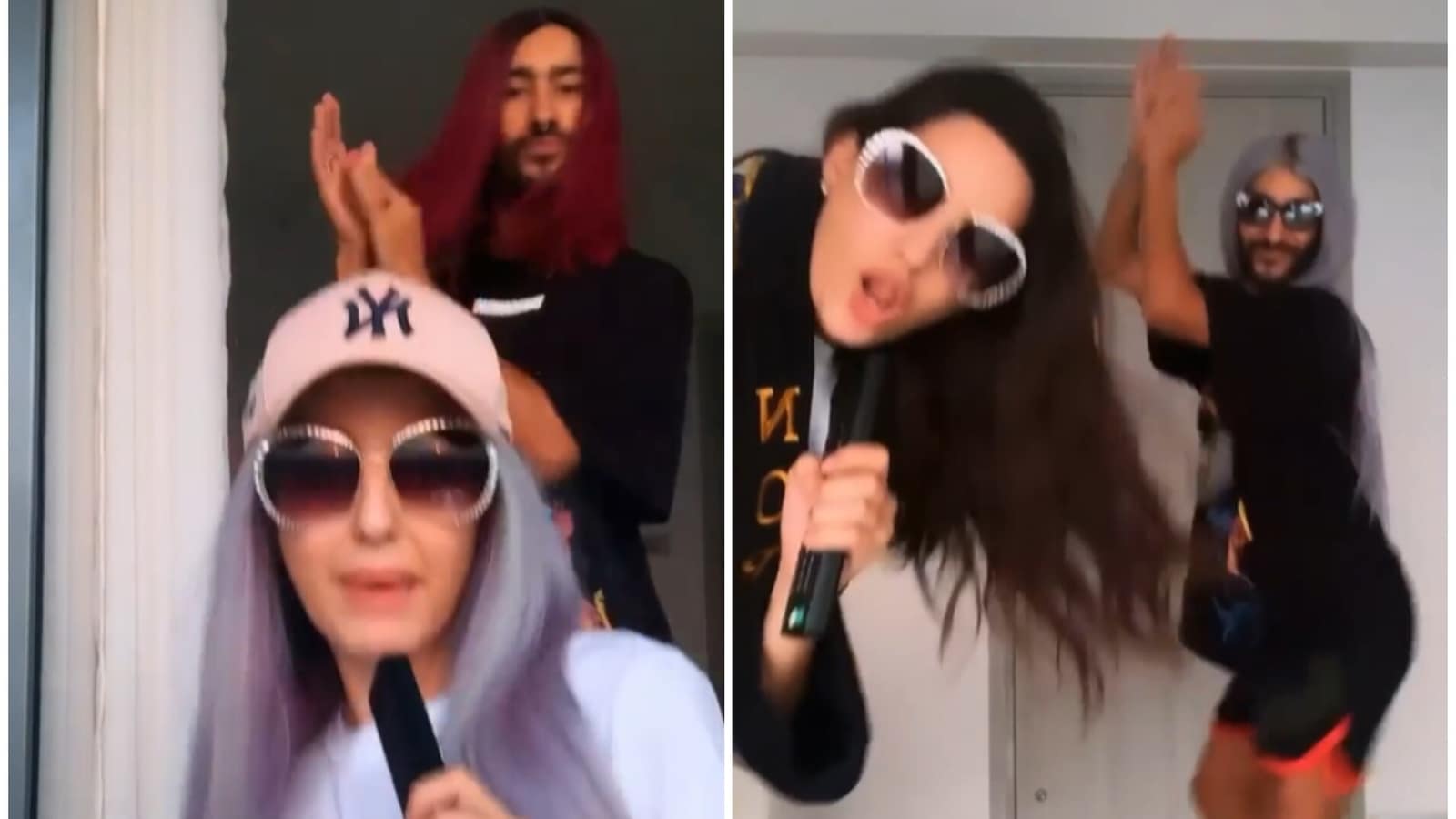 Actor Nora Fatehi had fans in splits with a hysterical re-enactment of Sean Paul’s chart-topper Temperature. She teamed up with make-up artist and hairstylist Marce Pedrozo for the video.

In the clip, Nora used a variety of things, including a whisky, hairbrush and remote control to double up as a microphone, as she lip-synced to the lyrics. Marce, meanwhile, donned several long wigs as he clapped to the beat.

“Available for bookings now to hype up the Lockdown… happy sunday.. @marcepedrozo,” she wrote on Instagram, sharing the video.

Fans were also amused by Nora’s video, with many dropping laughing, clapping, fire and heart emojis on the post. “I think she’s my spirit animal,” one wrote, while another called the clip ‘so cool’. “Fun at its peak,” a third commented.

In 2018, Nora shot to fame with the special song, Dilbar, from Satyameva Jayate and followed it up with other popular songs such as Kamariya, from Stree, and O Saki Saki, from Batla House. She went on to act in films such as Bharat and Batla House.

Nora recently joined the judges’ panel of the dance reality show, Dance Deewane. She was last seen on the big screen in Street Dancer 3D, directed by Remo D’Souza. Her next release is the war drama Bhuj: The Pride of India, which also stars actors Ajay Devgn, Sanjay Dutt and Sonakshi Sinha. The film, which will be out on Disney+ Hotstar, will mark her digital debut.