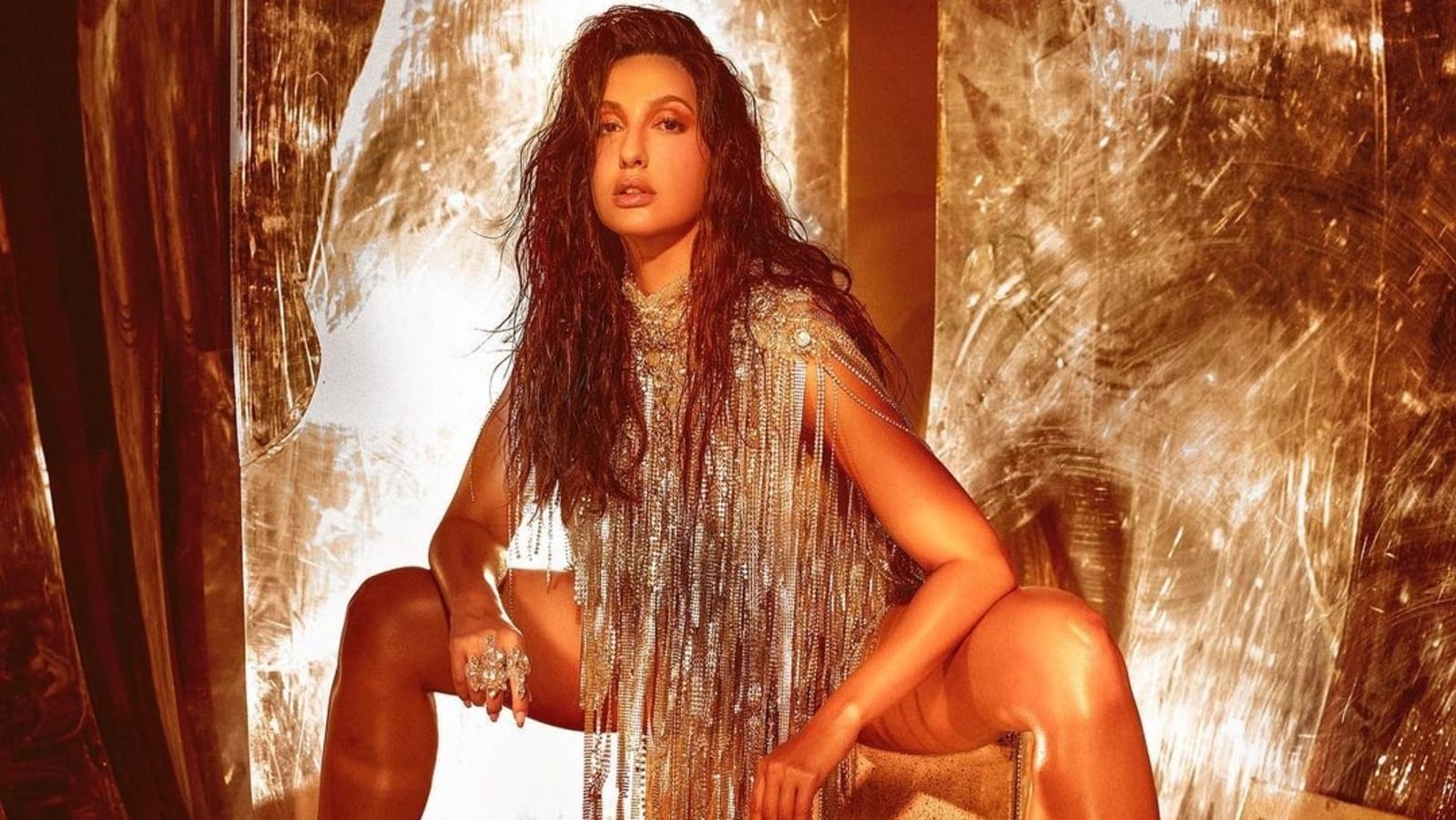 Nora Fatehi was in for a surprise when she landed in Mumbai on Tuesday evening. The actor was not only greeted by the paparazzi but also a special fan. In a video, the cameramen present at the venue informed Nora that the fan travelled from Aurangabad with the hope to meet her.

The fan revealed he tattooed her face on his arm. Reacting to the tattoo, Nora said, “So cool.” The fan had also arranged for a cake for her. The video was shared by a paparazzo on Instagram and Nora took to the comments section to share her thoughts. “That was so sweet of him bless his soul,” she said.

Nora was recently seen in Dance Deewane 3, appearing as a special judge. On the sets, she was seen dancing with Madhuri Dixit on her iconic songs, Mera Piya Ghar Aaya and Ek Do Teen. A video from the sets also featured Nora teaching Madhuri the hook step of her hit dance number Dilbar. The two stars were seen rehearsing the steps a couple of times before performing for the camera.

The actor earned recognition after she featured in the Dilbar track in John Abraham’s Satyamev Jayate. She went on to feature in songs like Kamariya, O Saki Saki and Garmi to name a few. She also appeared in Street Dancer 3D last year, alongside Shraddha Kapoor and Varun Dhawan.

Earlier this year, Nora opened up about her struggle in Bollywood. In an appearance on YouTuber Anas Bukhash’s show, she said, “We were so excited and so naive. When I reached India, it was nothing like (what I had imagined). I was thinking I’ll get picked up by a limousine and a butler, and they’re going to take me to a suite, and I would go to my auditions in that limo. It was nothing like that. I had the biggest slap in my face. The bullying, the rejection, the traumatic experience that I went through.”

When Aamir Khan said that he found Salman Khan to be...