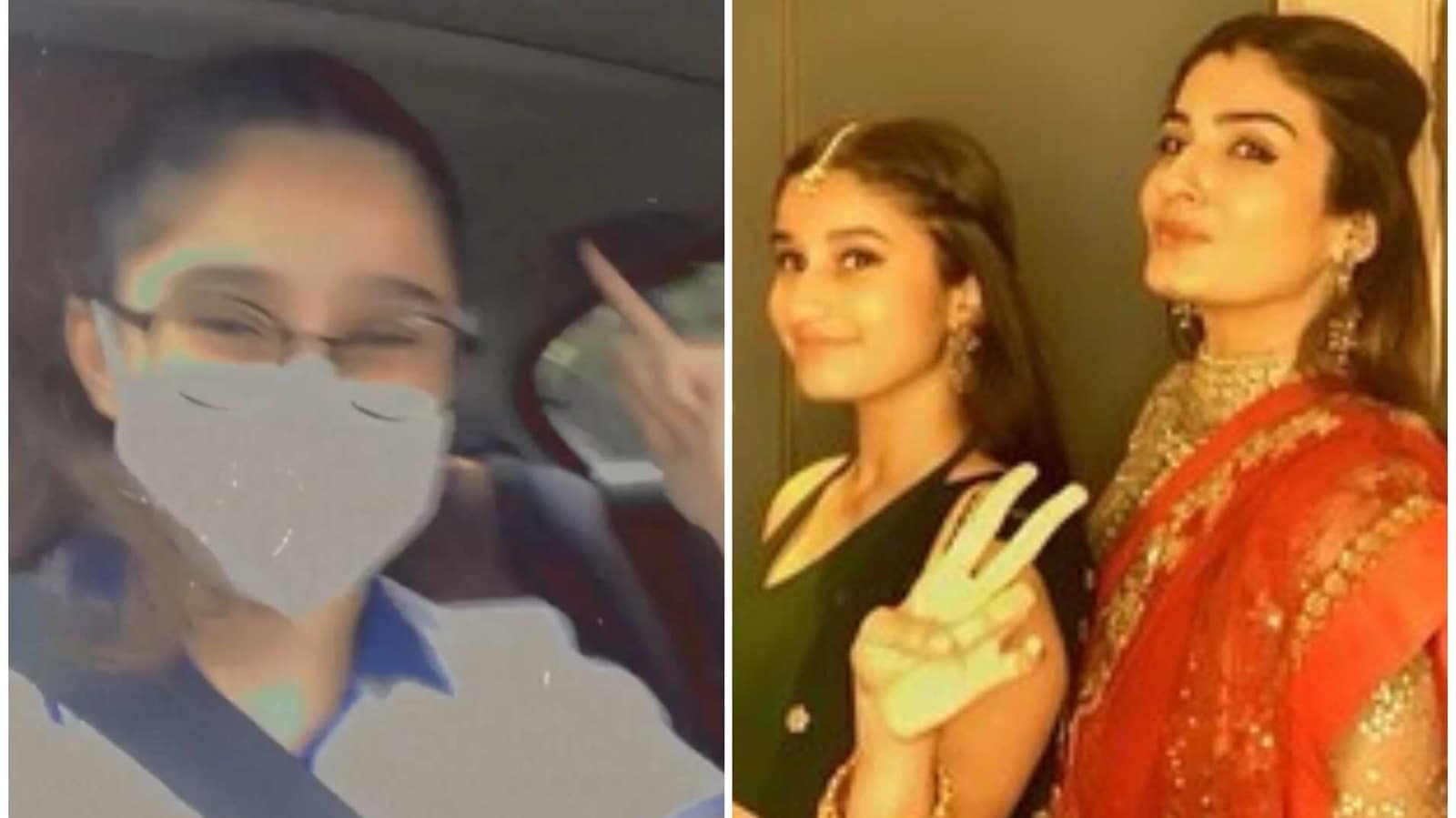 Actor Raveena Tandon shared a video of her daughter, Rasha, jamming it out to Masked Wolf’s Astronaut In The Ocean. The teenager danced in the car, as her father, film distributor Anil Thadani, dropped her off to school for her Spanish exam. He, too, was seen grooving to the beats of the song as he drove.

Sharing the video on Instagram, Raveena wrote, “just another car ride with the Thadanis ☠️😂 ………. A normal feature at the #thadanihousehold 😂 To unwind before giving a Spanish oral exam. A drive to school #10thboards #IGCSE #boardexam #intimesofcorona physical exams in the midst of a pandemic.”

Last month, Raveena shared pictures from Rasha’s birthday bash, as she turned 16, on Instagram. The cake read ‘Sweet 16 and quarantined’ and the dress code of the party was black. The teenager wore a sash that read ‘Sweet 16’ and a silver tiara on her head. She was surrounded by her childhood friends.

“Truly blessed are those who have lifelong friends… who make moments special .. ❤️😘 from babies to now .. always together. Thankyou @ahaanamakhija @aarnasalla @aiyana.paes #sarababy . #godbless,” the actor captioned her post.

Rasha featured in several of Raveena’s Instagram videos in the last few months. Together, they recreated several viral trends, from the Beauty Mode Challenge to the Sadda Kutta rap.

Raveena has a younger son named Ranbirvardhan. She also adopted two girls, Pooja and Chaya, when she was just 21. In a 2016 interview with Hindustan Times, she talked about her parenting style and how she has never talked down to them. “I have always been very transparent with my kids. Even with the smaller ones, I never baby-talked them. I never sugar coated anything for my kids. I spoke to them about the mistakes I made, so that they don’t make the same mistakes,” she said.

Raveena Tandon is happy that paparazzi in Mumbai has promised not to click pictures of Anushka Sharma and Virat Kohli’s baby daughter upon the couple’s request.

Actor Raveena Tandon has said that her decision to adopt two girls at the age of 21, when her career was at its peak, was met with apprehension. She was told that no one would want to marry her with this ‘baggage’.