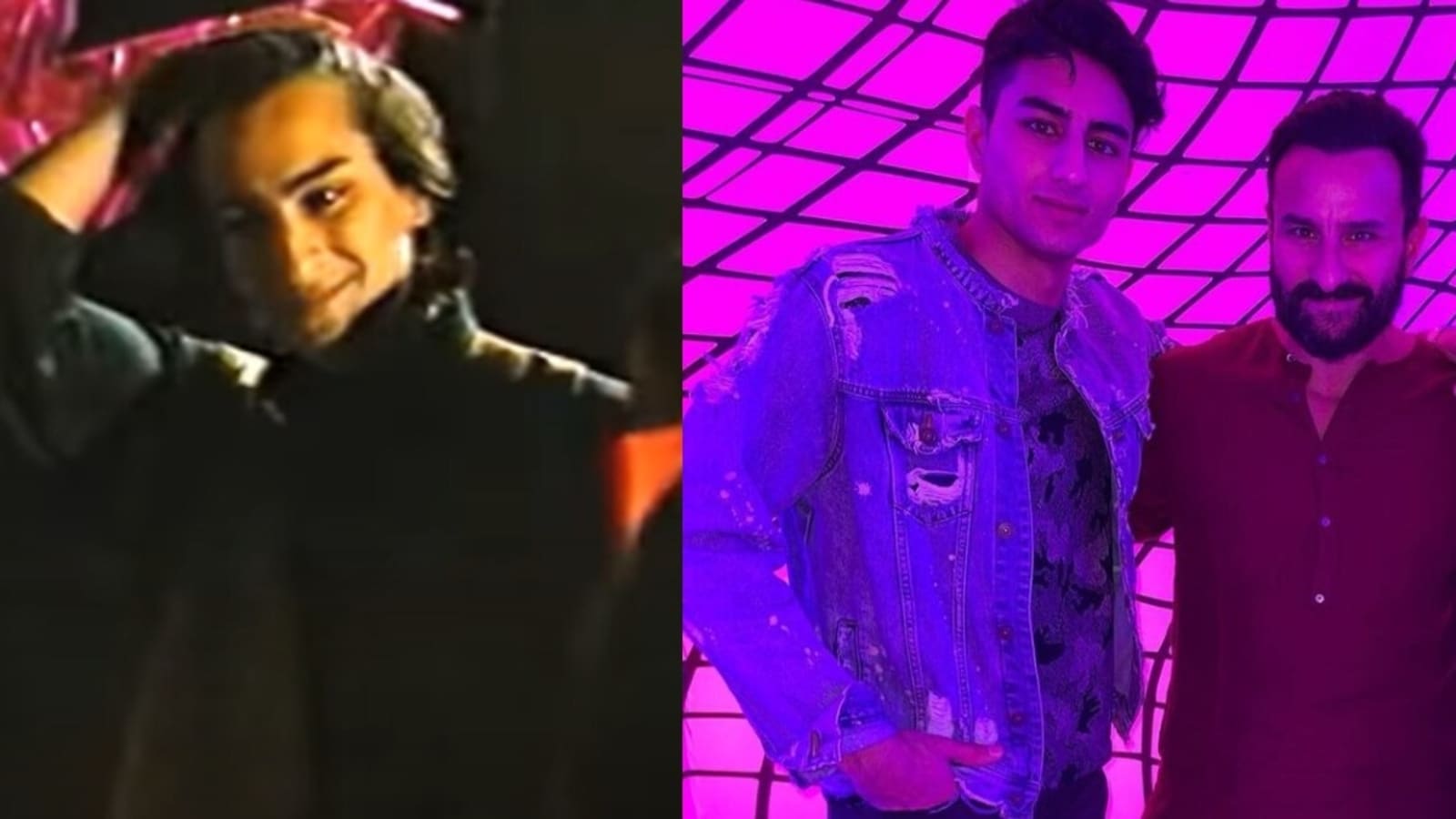 A vintage video from the sets of Bekhudi featuring Saif Ali Khan and Kajol has surfaced online. The video is said to have been shot on the muhurat day of the movie. In the clip, a 17-year-old Kajol and a 21-year-old Saif are seen dancing to the song Mujhe Kya Pata Tera Ghar from the movie.

Although the clip ignites nostalgia, one couldn’t help but compare Saif with his son, Ibrahim Ali Khan. On Instagram, several fans noticed the uncanny resemblance. Social media users took to the comments section and shared their observations.

“Saif literally gave birth to himself,” a fan said. “He is cute,” another fan said. “Why is he pouting so much,” wondered a third fan. A fan also felt that the actor reminded them of Matthew Perry’s character from the American sitcom Friends. “Saif is giving out solid Chandler vibes,” the fan said.

Although Saif began shooting for Bekhudi, he was fired from the movie. He was replaced by Kamal Sadanah. Speaking about his exit from the movie with a leading daily, Saif remembered he was asked to ‘tear through fake cobwebs and emerge, singing a line that went, ‘Chaahat Ki Raahon Mein, Kyun Itna Darti Hai’’.

He said, “It was not easy because my expression had to change as I went from ‘chaahat ki raahon mein’ to ‘kyun itna darti hai.’ I might just about pull it off today, but, back then, straight out of a boarding school in England, I was petrified. I must have performed really badly because soon after, Rahul Rawail threw me out of the film, complaining I wasn’t showing enough interest. That shot, I must admit, was particularly appalling.”

Ibrahim seems to be preparing for his Bollywood debut as well. Speaking with SpotboyE last year, Saif said, “Ibrahim seems prepared for a career in acting. And why not? I’d like all my children to be in this profession. It is the best place to work in. I remember at 17-18 I was a mess. Acting saved me from self-destruction. Having the job, the sense of identity it has given me and the job satisfaction and the enjoyment it has given me are more than I could ask for.”

Sunny Leone reveals how she ‘keeps the spark alive’ with Daniel...

Disha Patani on the Covid-19 crisis: It is so painful to...