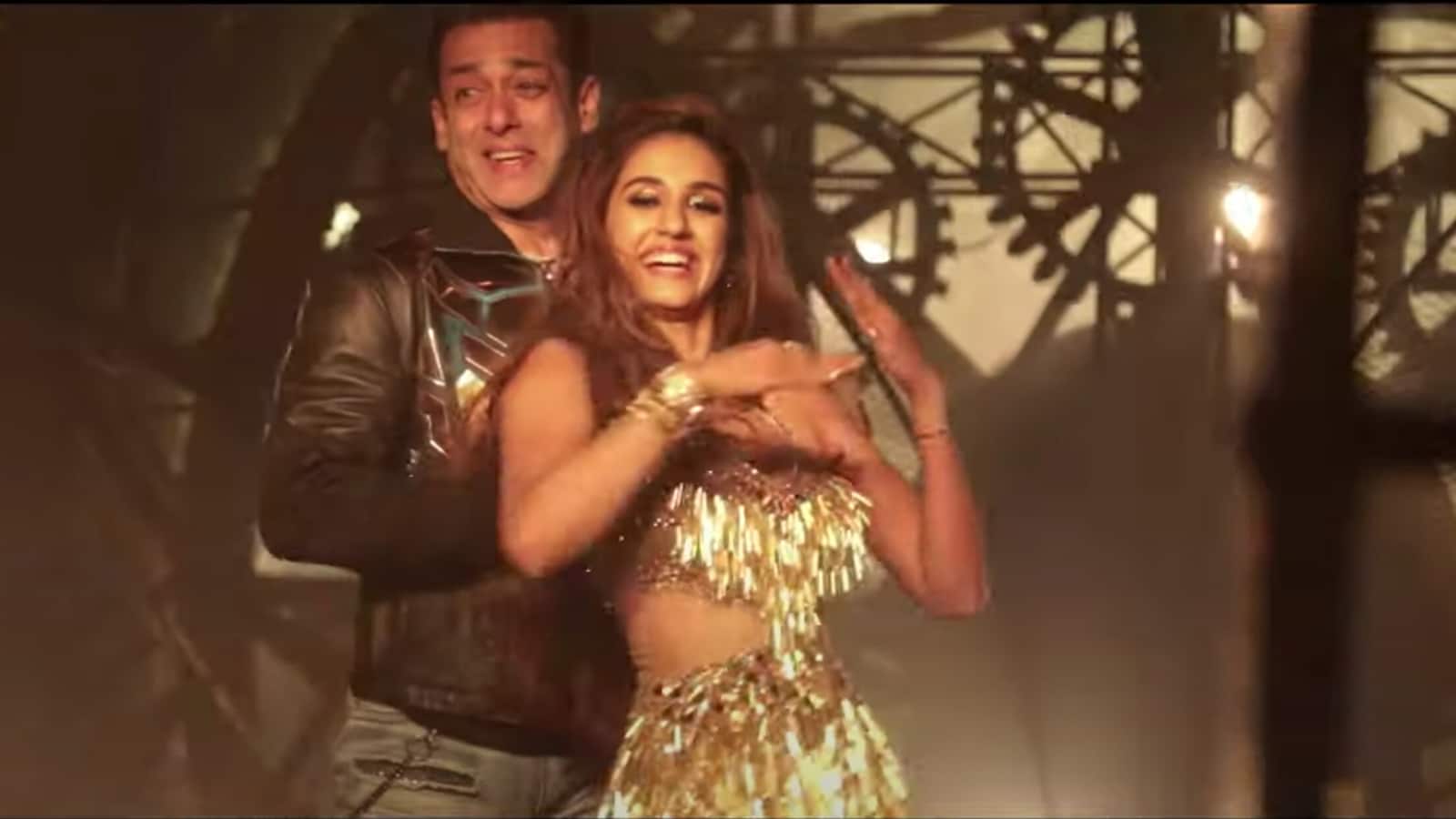 After receiving some online flak for getting yet another, much younger female actor to star opposite him, Salman Khan has cracked a joke about the issue. In a new making-of video of his upcoming film Radhe: Your Most Wanted Bhai, Salman is heard saying that he and Disha Patani–who is 27 years his junior–look to be the same age in the movie.

Praising her work in the movie, Salman says in the video, “Kamaal ka kaam kiya unhone. Badi khoobsurat lagrai hain. Hum-umar lage hain hum dono. Nahi, woh meri umar ki nahi, main unki umar ka laga hu (She has done wonderful work in the movie. She has looked very beautiful. We look to be of the same age too. No, she did not look my age, I looked like hers).” In another portion, Salman said that if an actor can do action at his age, they can also do romance.

Salman also addressed the kissing scene he shared with Disha in the movie. He also appeared to have accepted that he did indeed kiss Disha through a duct tape. “Lekin is picture mein ek kiss zaroor hai. Disha ke sath nahi hai. Tape par hai kiss. Tape pr (There is a kiss in this movie. It is not with Disha but with a tape),” he said.

Last week, Twitter users took screenshots of the kissing scene which featured in the trailer, brightened it up and figured out that Disha actually has a strip of duct tape on her mouth as Salman closes in for a kiss.

Salman is 55 years old while Disha is 28. Previously, Salman has worked with Anushka Sharma, Sonam Kapoor, Jacqueline Fernandez. All of them are about 20 years younger than him.

Disha and Salman have previously worked together in Bharat. Upon the film’s release two years ago, Disha had said in an interview that their big age difference could mean that she would never get to work with him again.

Speaking to Mid-Day, she had said, “I have a management and I have to discuss the roles with them. But, the fact that I loved this role so much that I had to do it. Plus I don’t know if I ever get an opportunity of working with Salman sir again, so, I knew that I needed to do this.” When asked why she thought so, she had said, “I mean there is an age gap which honestly in this film is managed because he’s shown as a young Salman who is in his late 20s. So, it was easier for people to understand and accept the equation.”