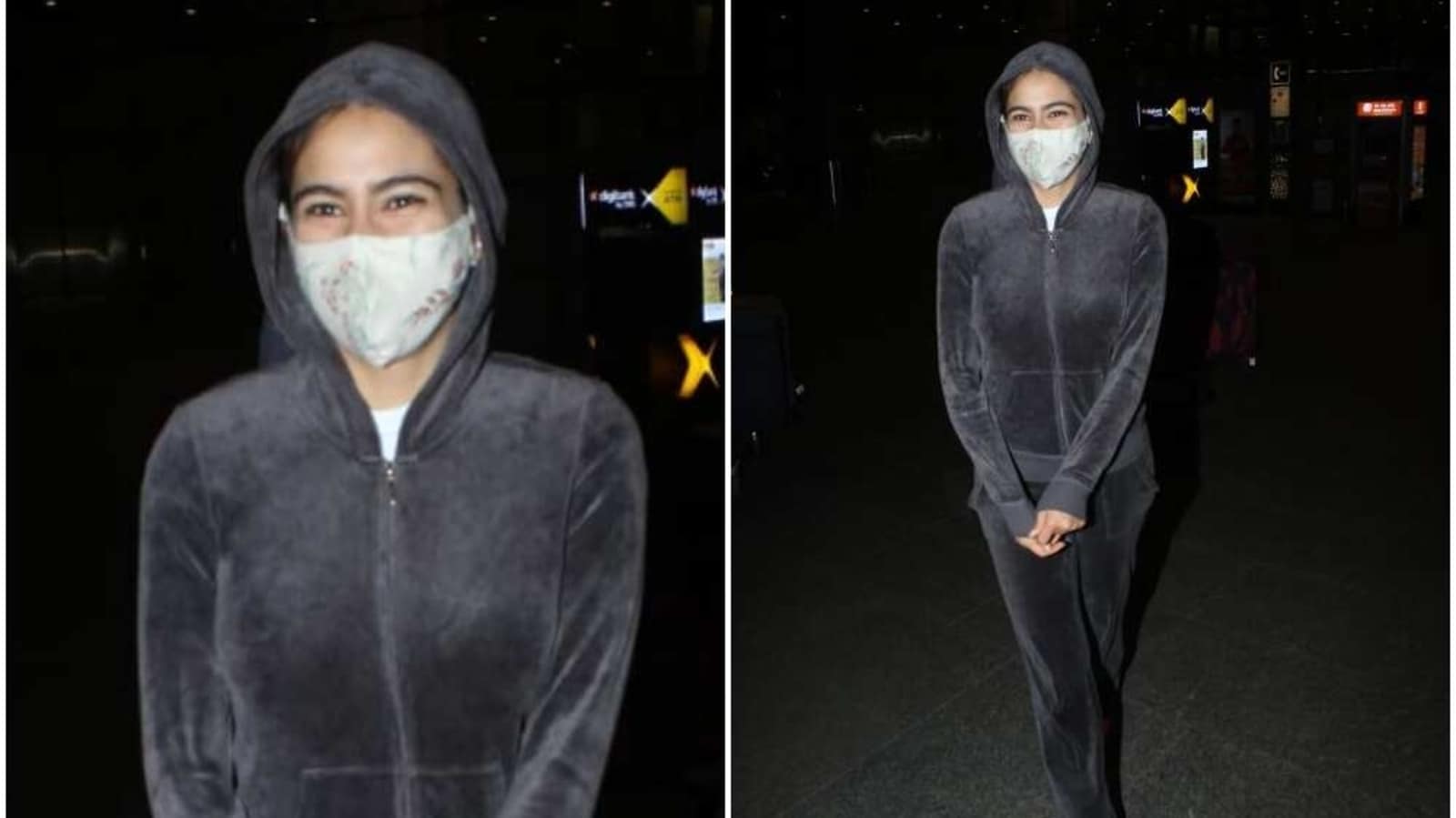 Actor Sara Ali Khan, her mother Amrita Singh and brother Ibrahim Ali Khan returned from their Kashmir trip on Thursday. Their pictures at the airport were shared online.

In the photos, Sara is almost unrecognizable in a grey hooded tracksuit. Since she wore a mask, it was harder to know. Amrita and Ibrahim were casually dressed and wore masks too.

During her trip to Kashmir, Sara had posted a number of pictures and videos from there. On her arrival, she had shared pictures with her brother as they tried out a snowmobile and wrote: “The chosen frozen.” She had shared another funny video with Amrita Singh as they went on a ropeway car in Gulmarg. She also wished fans on Ramadan, giving a glimpse of the town.

Sara was last seen in Coolie No 1, which released on Amazon Prime Video. The film is the remake of David Dhawan film of the same name, which released in 1995. The remake saw Sara paired with Varun Dhawan. The previous film had starred Govinda and Karisma Kapoor.

Sara has also shot for Aanand L Rai’s Atrangi Re, which stars Akshay Kumar and Tamil actor Dhanush. Pictures of the film’s shoot from Agra had been shared online. In one of them, Akshay was seen dressed as the Mughal emperor Shah Jahan.

Also read: When Sharmila Tagore’s father blamed her for Tiger Pataudi dropping a catch: ‘You shouldn’t have kept him up all night’

After wrapping up the film, she had written a post on Instagram and said: “That’s a film wrap Ek saal baad Thank you so much @aanandlrai sir for giving me this role, this film and this opportunity. But more than that thank you for your unconditional love, unwavering support, the best India darshan, delicious khana, early morning sunrise drives to location, sufi ginger water evenings, and the most memorable year with the best team.”

Sara made her film debut in 2018, with Kedarnath. She was paired with late Sushant Singh Rajput. Sara went on to work in films like Simmba and Love Aaj Kal after that.

Actor Sara Ali Khan is enjoying a vacation in the mountains with her family. She has now shared more glimpses from her holiday.

National Society Of Film Critics Give Their Top Prize To “Nomadland”