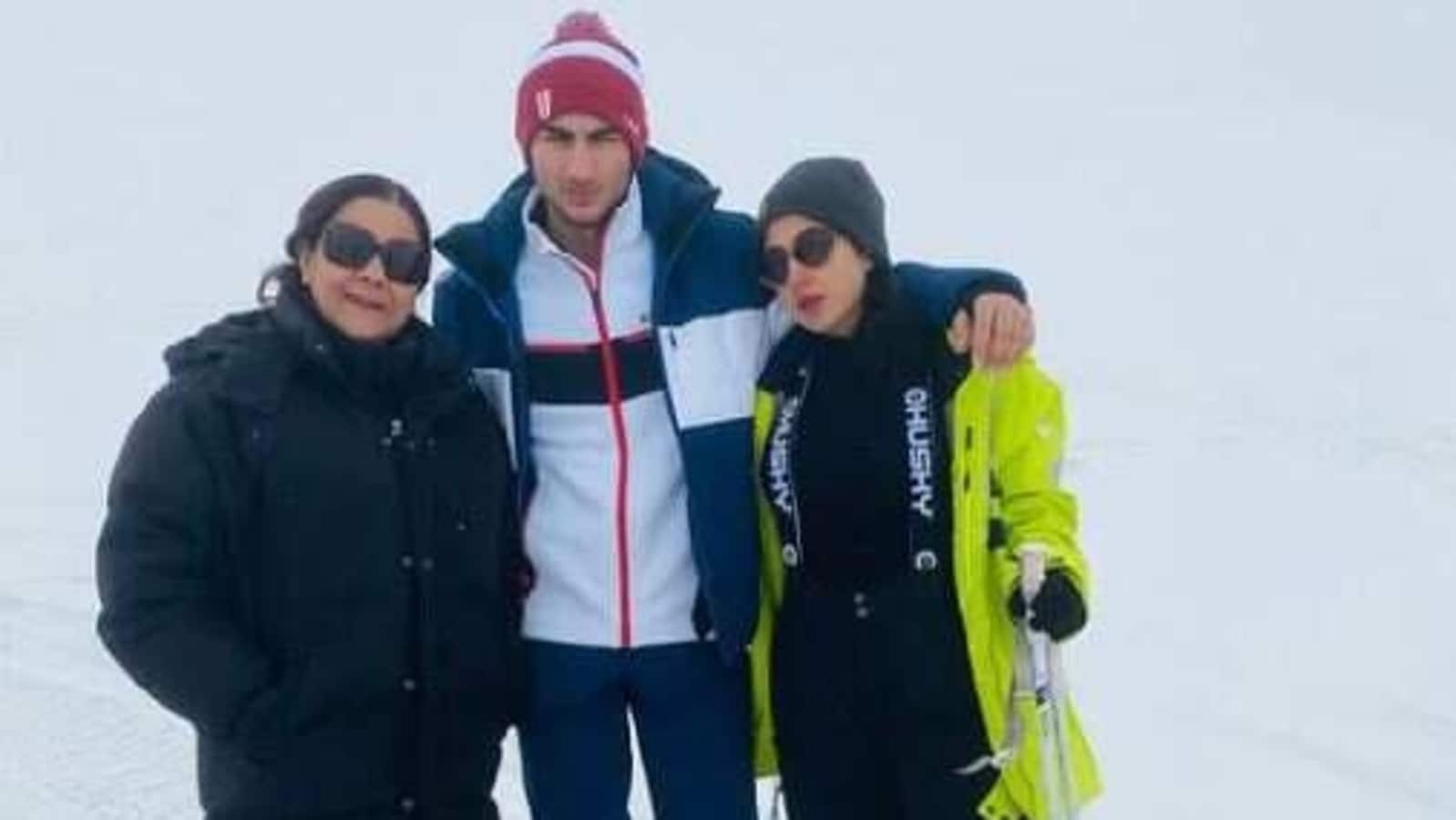 Actor Sara Ali Khan on Thursday shared posts with her mother Amrita Singh and brother Ibrahim Ali Khan from Kashmir’s Gulmarg. Taking to Instagram, she captioned the series of pictures and videos, “A little bit of paradise on earth Of people so wonderful there truly is a dearth @manan_tramboo.”

Earlier, on her trip, Sara had given her fans glimpses of her time spent there. The Coolie No 1 actor had shared pictures with Ibrahim trying a snowmobile and captioned, “The chosen frozen.” In another video, she was seen with Amrita as they took a ride in a ropeway car. On Ramadan, she also wished fans and shared the view of the town.

Sara was last seen in Coolie No 1, a remake of David Dhawan’s 1995 movie of the same name. In the new movie, Sara was cast opposite Varun Dhawan. The old film had Govinda and Karisma Kapoor as the lead actors. Coolie No 1 received a lukewarm reaction from the audience.

Writing about it, the Hindustan Times review said, “Coolie No 1 has a few moments, owing largely to Varun Dhawan’s enthusiasm and spontaneity. As the ruffian Raju, he gets to channel his love for broad, physical comedy as he apes Mithun Chakraborty, complete with the pelvic thrusts. It is as the straitlaced Raj that you wish that he had dialled down on all the mimicry of the veteran actors. He is surrounded by familiar faces; besides Paresh Rawal and Javed, Johnny Lever, Rajpal Yadav and Sahil Vaid show up too. The women, like most David films, have little to do besides show up for songs and act supportive. Sara Ali Khan is adequate when duty calls.”

Previously, she was seen opposite Kartik Aaryan in Imtiaz Ali’s Love Aaj Kal and Ranveer Singh in Simmba. She was first seen in 2018 film Kedarnath opposite late Sushant Singh Rajput.

Mehra gets bail in copyright case