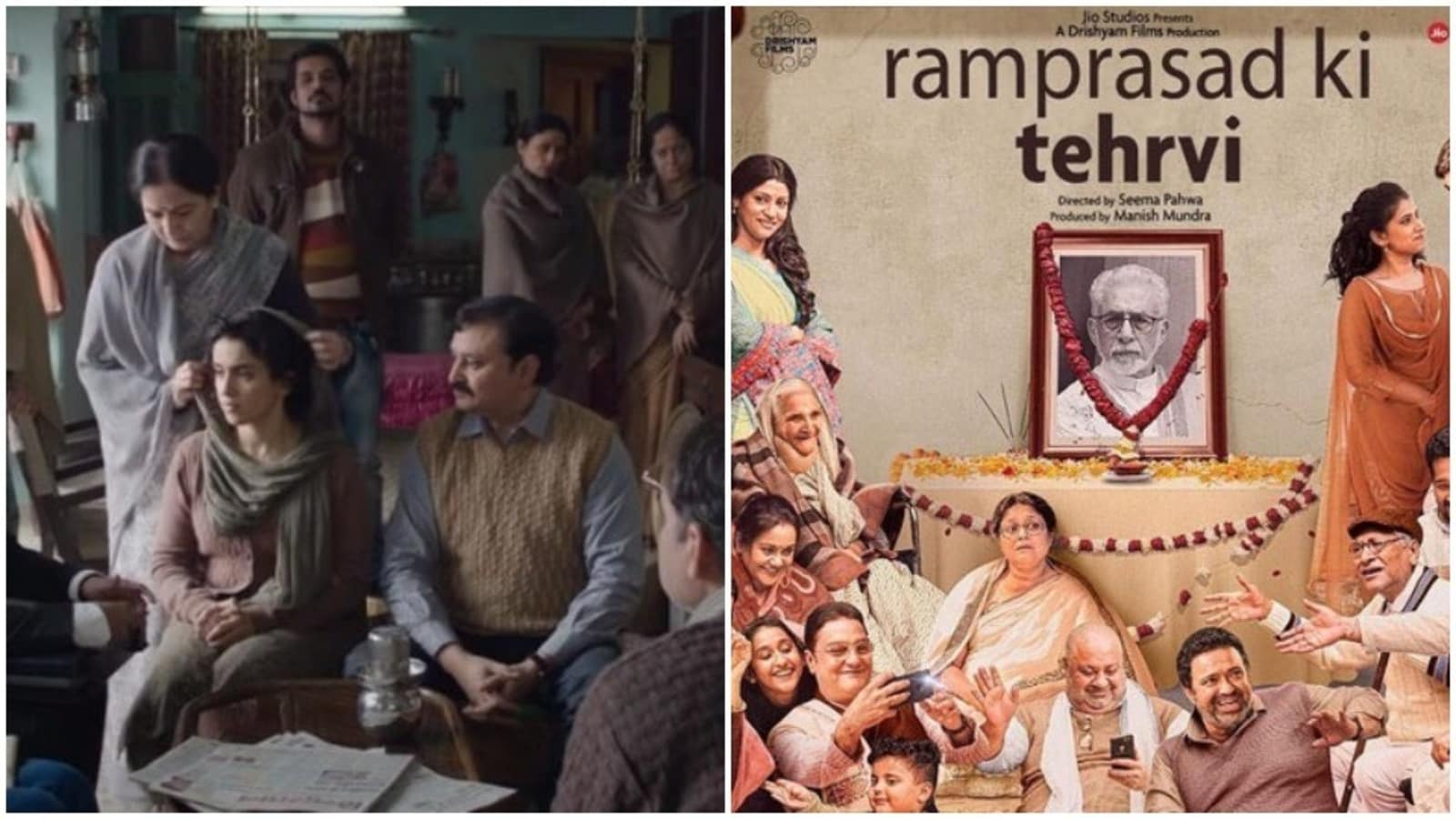 Actor-director Seema Pahwa says a few people who worked on her film Ramprasad Ki Tehrvi, were also crew members on the recently released Pagglait. Seema says that she feels ‘cheated’ how she was still not informed of the similarities between the two films.

While Seema’s movie released on January 1 in theatres, Sanya Malhotra’s Pagglait released on Netflix in March. Both the films have similar plot of a large, extended middle class family from UP coming together for the funeral of loved one.

Speaking to Film Companion, Seema said the similarities between the two movies were ‘painful’ for her. “We made Ram Prasad Ki Tehrvi in 2018 and released it before at MAMI and other film festivals. Pagglait came after that and had some similarities, which was painful to see. The location it was shot at was the same as ours, there were similarities between the characters too. I thought that this was because both films have middle-class families, in which you find the same kinds of characters. Maybe that could’ve been a coincidence but the location being the same was a problem because the audience got confused between the films,” she said.

Seema added that the matter could have been resolved with a conversation. “There should’ve been some conversation between us and we could’ve changed some things to make our films more individualistic. There was ignorance on my part too because I found out too late that a film just like ours was being made. I feel cheated because there were people who worked on Pagglait who had also worked on Ram Prasad Ki Tehrvi and who knew about the film. It’s a little surprising that they didn’t see it as a second chance and make some changes. I haven’t spoken to them yet, but it was shocking,” she said.

Also read: Bharti Singh breaks down on stage, explains why she ‘doesn’t feel like’ having a baby amid Covid-19 pandemic

Previously, speaking about it to Hindustan Times, Seema had praised Sanya’s work in the movie. “Sanya has done a good job. As per the script’s demands, she delivered a beautiful performance. Everyone has done a good job, they are all my friends and talented actors. It is a good movie in it’s own right),” she had said. However, she did have a criticism too. “I have a few objections with the movie, not because it shares similarities with my film, but because I object to a few things regarding the subject. In a middle-class house, there is no humour when a youngster passes away,” she had said.

Taha Shah Badussha: I think I might have to go to...