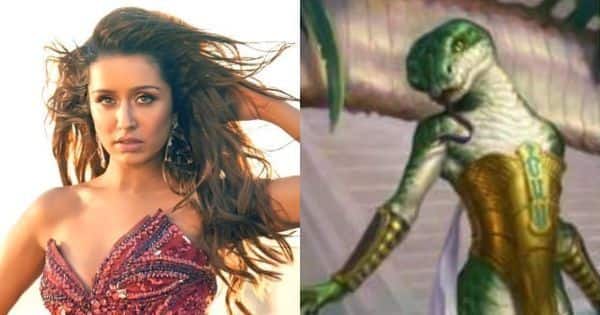 The moment Nagin was announced, it piqued the interest of moviegoers across the country for a.) Bringing back the concept of snake-shifting women to big screen; b.) Tapping into Indian mythology and folklore which our filmmakers seldom explore; c.) The return of an A-lister in the role of an anthropomorphic serpent after Sridevi had immortalised the character; d.) A huge box-office draw like Shraddha Kapoor being cast in the part; and finally, e.) The budget and scale at which it’s been planned as a proposed trilogy. To get more dope on the planned mega-budget trilogy, BollywoodLife decided to put Shraddha Kapoor herself on the hot seat in a recently concluded exclusive interview, and the eponymous Nagin graciously divulged some major scoop on the upcoming project. Also Read – Trending Entertainment News Today: Sunil Grover not returning as Gutthi, Satyameva Jayate 2’s plot

Expressing gratitude to the audience and disclosing when we could expect the shoot to begin, Shraddha Kapoor said, “Firstly, I have to say that the moment Nagin was announced, it received so much love just for the announcement that I want to say, ‘Thank you, thank you so much for that.’ Of course, that has enhanced the pressure on us and we hope to live up to all the expectations. The shoot for Nagin is going to start in some time, just a little while is remaining (to take the film on floors). Of course, it’s an extremely huge project and there are many factors that are a part of it. So, the preparations are on, but I can say that it will definitely start in some time.” Also Read – Shraddha Kapoor made a gorgeous appearance at cousin Priyank Sharma’s pre-wedding bash — view pics

Upon informing her that producer Nikhil Dwivedi had earlier exclusively revealed to us that his trilogy is being planned as a balance between our mythological ethos and modern-day superheroes, Shraddha added, “I think whatever Nikhil sir has said, I’ll leave it at that. Right now, I wouldn’t want to speak too much on it because I think, it’s a little too soon also to talk about Nagin, but yes, thank you for all the love.” Also Read – ‘Time hai abhi,’ says Shraddha Kapoor on being asked about her wedding by paparazzi — watch video

Well, it certainly looks like Shraddha is immensely excited about her Nagin trilogy, and that only raises our excitement further.

Allu Arjun, Allu Sirish together in a movie? Latter spills the...

Does Vijay Deverakonda’s mother nag him to get married? Read Exclusive...