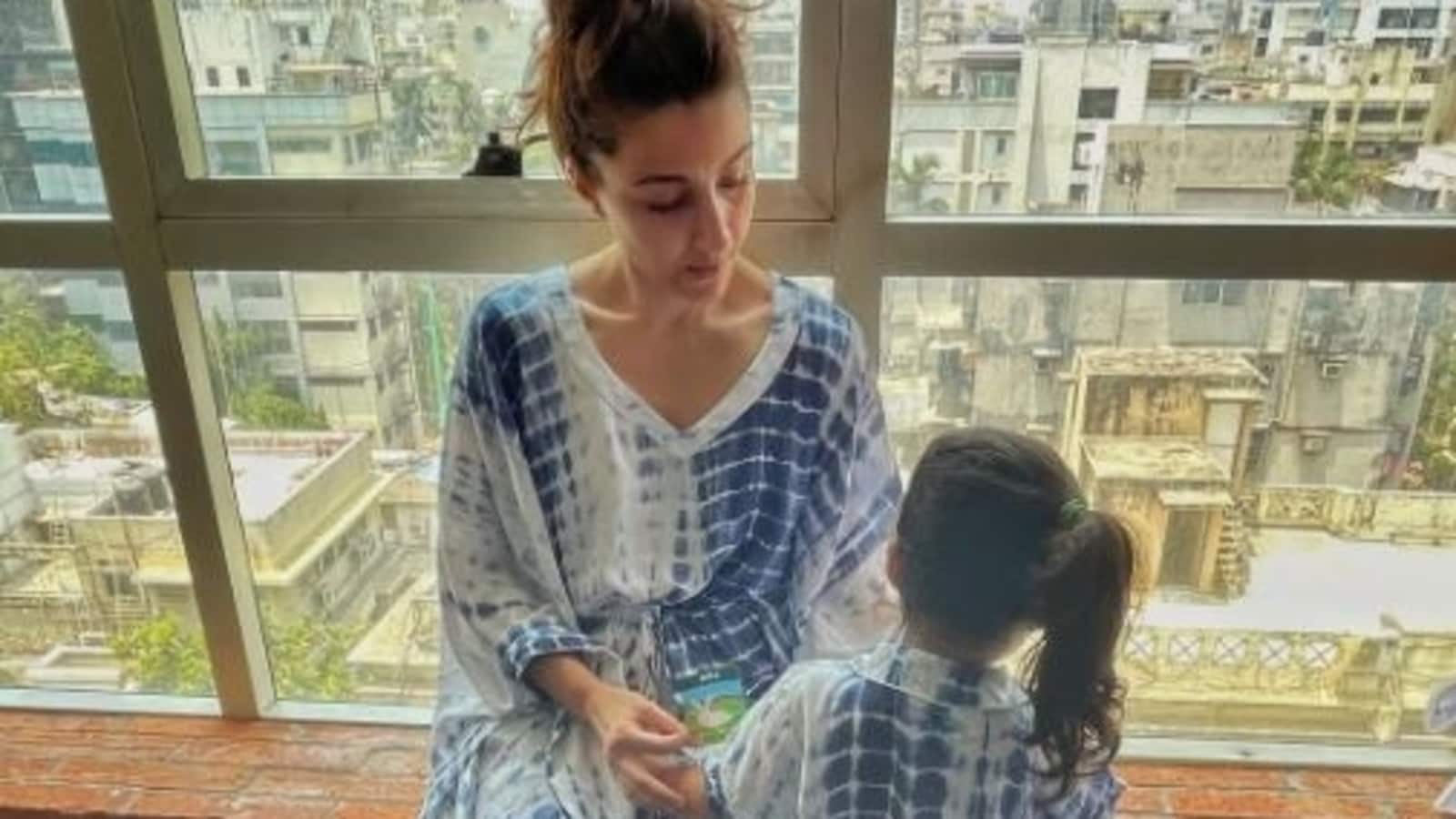 Sharing the picture, she wrote, “Stay home. Stay safe. Be grateful for what you have.”

Reacting to the post, her fans poured their love taking to the comments section. A fan wrote, “Very important to stay home at time. Hats off to little children who stay within home all time.” Another wrote, “mom n dotty twinning” and a third fan wrote, “awwwww. So cute”.

Soha has been sharing updates with fans on the activities of her family during the coronavirus pandemic. She has been posting pictures as well as videos of Inaaya with her colouring book. In the recent past, she shared a video of her husband, actor Kunal Kemmu and Inaaya busy with their colouring and sketchbooks. On Earth Day, she shared another drawing done by Inaaya showing the Earth and the Sun.

In February as well as March, the mother-daughter duo stayed at Pataudi Palace, her ancestral home. She had shared pictures of them enjoying the palace greens. They were joined later by Kunal. Speaking of his experience with a leading daily, he had said, “That was the very few times, since last year, where I got to travel with my family. It felt very good as we had access to the garden where Inaaya could play with the dogs. Also keeping her company were the rabbits and peacocks there. It’s great that she got to spend some time outdoors. It was a blessing.”

Soha will be seen on the OTT space with Amazon Prime Video’s upcoming original series Hush Hush. The platform had revealed that it will be led by an all-female cast and crew. According to news agency PTI, it is a thriller drama that will see protagonists navigate power, passion, deceit, and survival in society. Soha’s last screen appearance was Saheb, Biwi Aur Gangster 3 in 2018.

Soha made her Bollywood debut with Dil Maange More in 2004. She has appeared in films such as Rang De Basanti, Tum Mile and Khoya Khoya Chand. Soha and Kunal tied the knot in 2015. They welcomed Inaaya on September 29, 2017.