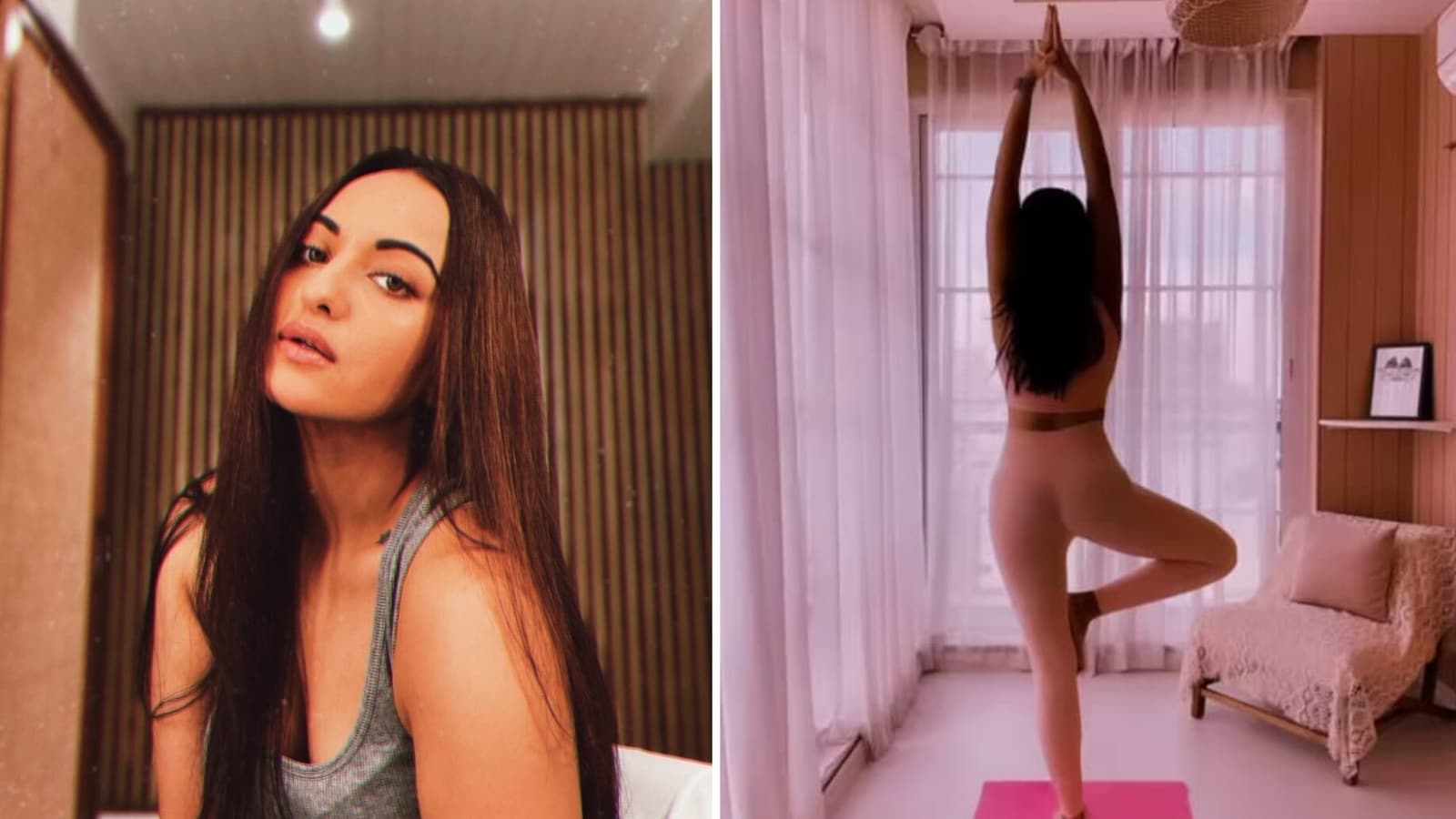 Sonakshi Sinha gave fans a glimpse of what her Sunday looks like. She started her day off with yoga — she took to Instagram Stories to share a picture of herself in the Vrikshasana pose. She captioned it, “Starting Sunday right,” and added a ‘yoga time’ sticker.

In the photo, Sonakshi’s room could also be seen, which had French windows and floor-length curtains. A comfortable chair lay in a corner and a wall-mounted corner shelf appeared to have a framed quote on it. The wall panels were in a pastel brown tone.

Sonakshi shared another picture of herself, posing for the camera, while wearing a grey tank top. “Unlike this photo, i have no filter. #sundayselfie,” she captioned her Instagram post.

Last week, Sonakshi revealed that she was using the time at home amid the second wave of the Covid-19 pandemic to work on her fitness. “When #WFH for you means Workout from home. #gharperaho,” she wrote, sharing a picture of herself exercising using a split-pedal stability chair.

In January, Sonakshi bought a spacious 4 BHK in the Bandra Reclamation area of Mumbai. She said, however, that she did not intend to move out of her family home, Ramayana.

“Ever since I started working it was my dream to buy my own house with my hard-earned money before I turned thirty… I may have crossed that deadline by a couple of years but it has finally happened,” she said.

“I enjoy living at home with my family and have no plans of moving out anytime soon. This house was me just fulfilling a dream, and a great investment,” she added.

Sonakshi will soon make her digital debut with an Amazon Prime Video series directed by Reema Kagti and Ruchika Oberoi. She plays a police officer in the as-yet-untitled series, which also stars Vijay Varma, Gulshan Devaiah and Sohum Shah.

Ileana D’Cruz explains why she signed fewer films in Bollywood than...