The anime series Dragon Ball has been releasing as a feature film for a while now. After the last instalment in the Dragon Ball Super series in the form of Dragon Ball Super: Broly, the next release is DRAGON BALL SUPER: SUPER HERO. Directed by Tetsuro Kodama, produced by Toei Animation and written by the series creator Akira Toriyama, the new film is the fourth venture in 24 that have released to be feature Toriyama’s direct involvement. But will the new DRAGON BALL SUPER film manage to entice the anime audience is the question. 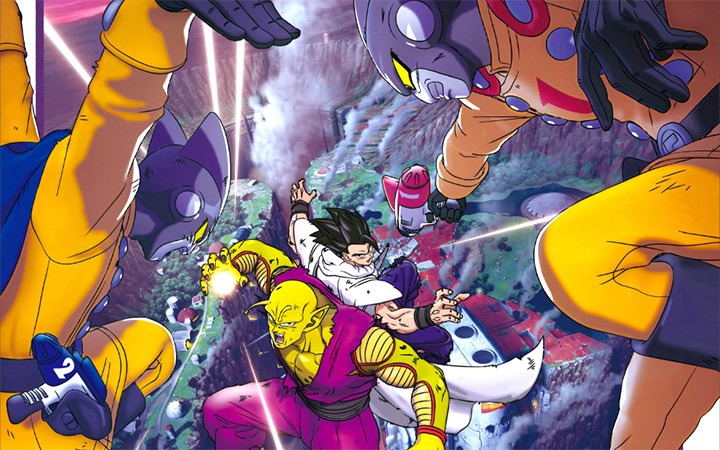 DRAGON BALL SUPER: SUPER HERO picks up after the happenings in DRAGON BALL SUPER: BROLY with Goku and Vegeta away training with Whis on Beerus’ planet alongside Broly. Now, Earth faces a new threat with the resurgence of the Red Ribbon Army. Originally destroyed by Goku, the new CEO of Red…

VIKRAM VEDHA is a brilliant massy fare that works.

BABLI BOUNCER is a decent watch due to its message, funny moments

CHUP is a unique tale which boasts of some fine performances.

Britney Spears Responds to Kevin Federline’s Claims That Their Sons Have...

Watch Ariana Grande Have Multiple GIGGLE FITS on ‘The Voice’

Due to a bizarre narrative and poor writing LIGER fails to...