The internet, as its original purpose, manages to bring two people living in different worlds, closer. The same thing happened with South African cricketer Herschelle Gibbs and Bollywood (Indian) actress Alia Bhatt. The two broke the ice on Twitter in a rather unusual manner.

Earlier today, Gibbs had shared a post expressing his feeling when Twitter liked his tweet. He used a gif to convey his emotion. And guess whose gif was that? Alia Bhatt’s! After sharing the cute GIF, Herschelle Gibbs confessed he did not know who Alia Bhatt really was. Of course that got Twitter into a frenzy. While many others ensured him that Alia also wouldn’t know who he was, some others were upset and stated that clearly.

After realizing that Alia is an actress, Gibbs went on to tweet, “Didn’t know you were an actress @aliaa08 but nice gif.” In response, Alia shared another GIF of herself, where she signals a four. Trolling her, Gibbs went on to state, “I deal in 6s madam not fours”If you think that Herschelle Gibbs was aware of the person in the gif, you’re wrong. A Twitter user asked the right-handed batsman if he knew Alia.

Didn’t know you were an actress @aliaa08 but nice gif 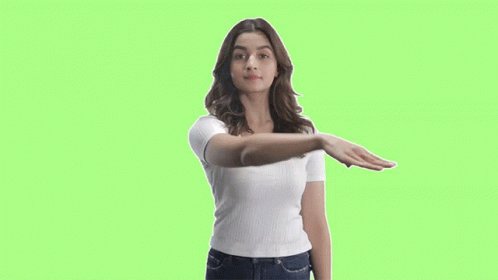 Didn’t know you were an actress @aliaa08 but nice gif

I deal in 6s madam not fours

Alia Bhatt appeared in Gully Boy and Kalank earlier this year. The actress currently has RRR, Brahmastra, Sadak 2 and Takht in her kitty. She was roped in for Sanjay Leela Bhansali’s Inshallah alongside Salman Khan, but the movie has been stalled, at least for now.

Taapsee Pannu recites heart-wrenching poem on migrants: ‘We do not need...

Rhea Kapoor shares struggles of being a female producer, thinks she...