The Sky Is Pink is just two days away from its release and it is creating a great buzz among the audience. The film is is based on the life of the Chaudharys. Aditi Chaudhary essayed by Priyanka Chopra, Niten Chaudhary played by Farhan Akhtar, Aisha Chaudhary portrayed by Zaira Wasim and Ishaan Chaudhary by Rohit Saraf. The film is about a couple who has two children, one out of which gets a terminal illness that takes her life away. What changes come in the relationship of the parents in the process of the treatment and eventually losing their child is what the film aims at capturing.

The newly released song ‘Zindagi’ is composed by Pritam and sung by Arijit Singh. The soulful lyrics of the song are sure to touch your heart strings. 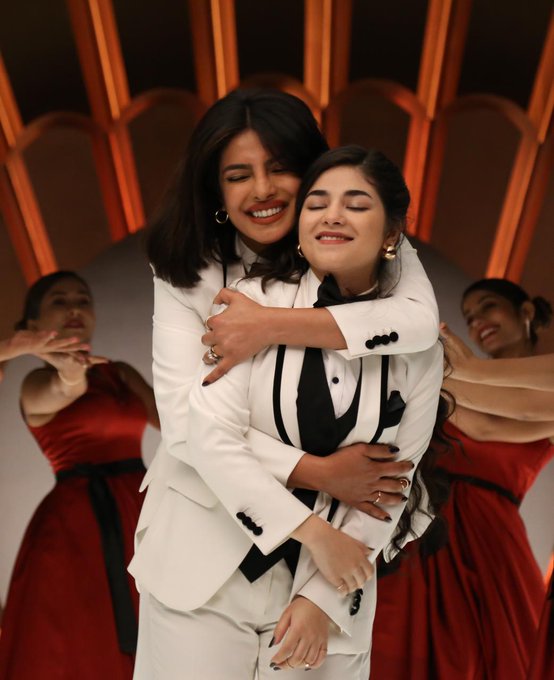 Priyanka who is away from Mumbai in the USA took to her social media handle and shared an adorable click of hers along with Zaira Wasim . The Sky is Pink is produced by RSVP and Roy Kapur Films, in association with S K Global and purple pebble pictures . Starring Priyanka Chopra Jonas, Farhan Akhtar, Zaira Wasim, and Rohit Saraf. The film is slated to release on 11th October 2019.

Plabita Borthakur on OTT vs theatre debate: Web is the saviour...

Keep calm and cook on! – bollywood From Hamilton to Captain America, here are three films to watch...