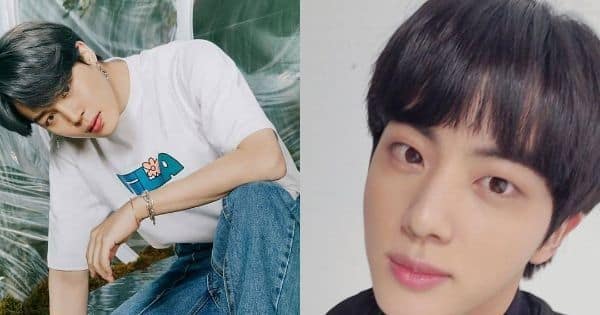 BTS is ruling over hearts the world over. The K-Pop group has got immense love from all over the globe. They are also considered as near perfect role models for the youth. BTS advocates self love and tells young people that they need to find their own voice in this world despite what the world throws at them. However, they are also normal young people and cannot be perfect at all times. Here is a throwback to the times when people had to censor their interviews. In fact, band mate Suga has admitted that they tend to create a ruckus in some of the interviews. Also Read – BTS: Jin and Jungkook are MASTERS at playing Jenga – watch the boys take up the challenge in this fun video

It seems there was an episode of Run BTS where Jimin spoke about the curses in the Jeolla Province. He said that the swear words used in that province were far more detailed than in other parts of South Korea. He went on to describe them. Needless to say, the staff had to cut out those parts where he said those words. There was once a game where Jin typed poop as an answer. They kept on censoring it. However, the young man seemed to enjoy the effect of his reply and kept on laughing and repeating it. Also Read – BTS now has 4 slots in Billboard’s World Albums top 5 chart – read deets

The boys know how to have fun. It is a known fact that idol life in South Korea is not easy. There are a lot of professional pressures and a day for the band is jam-packed with song-writing and dance practice. Plus, the huge media focus on everyone. BTS is going to be out with their song, Butter on May 21, 2021. The name of the song gave rise to memes all over the Internet. Even butter and margarine companies cashed on it. Fans are just waiting for the song to come on YouTube before new records are created. Also Read – BTS: Jeon Jungkook looks like a prince from a vampire fantasy in these campaign shots – view pics

The Conjuring 3, Army of the Dead, Spiral, Halloween Kills —...