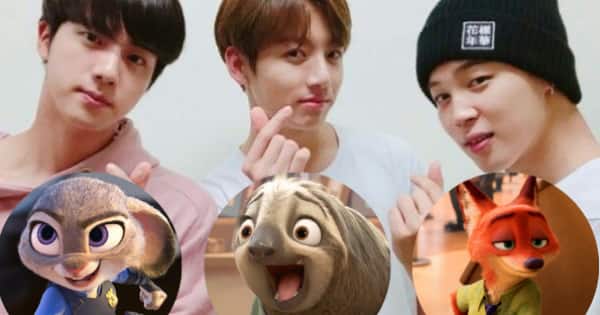 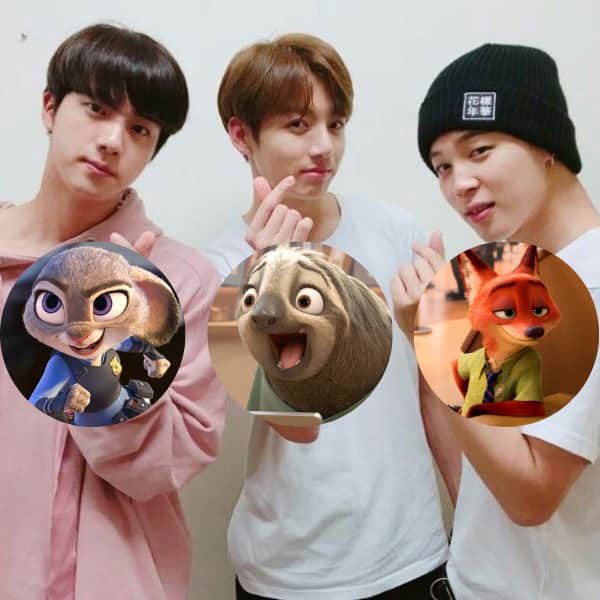 BTS is one of the most popular Korean pop bans in the world. Their goofiness and talent is unmatched. If you know BTS or have been following them for years, y’all would also know about RUN BTS episodes that they share on Weverse and their official YouTube handle, Bangtan TV. For the unversed, Run BTS is a segment wherein the members of BTS are given tasks and games. The one to lose most points is given a punishment or doesn’t get any privileges for the day. It’s all in good fun though. So, we came across a clip of Run BTS episode 109 in which they had dubbed for Zootopia, Lion King and other movies. But the clip we are talking about contains Jin aka Ho Seokjin, Jimin aka Park Jimin and Jungkook aka Jeon Jungkook only. Also Read – From athletic abilities to amazing gamer skills — 4 times when RM shocked BTS fans with his other talents

The three of the BTS band members were given the task to dub for Nick Wilde (the street smart fox), Judy Hopps (the police bunny), and Flash (the ‘fastest’ three toothed sloth). Jin dubbed for Nick, Jimin for Judy and Jungkook was asked to dub for Flash. The way the three of them said their dialogues is not only commendable but also hilarious beyond words. The way Jungkook laughs at the end as a sloth is way too funny. Check out the video clip below: Also Read – BTS: Throwback to J-Hope’s sexy avatar in a purple velvet jumpsuit that made ARMY fangirls SWEAT — view pics

Also Read – BTS: Throwback to when Ellen DeGeneres asked RM if the boys had ever hooked up with an ARMY fan girl — watch video

Fans of the boy band are going gaga over the three of them. They have been dropping praises in the comment section, gushing over their adorableness. One social media user wrote, “They look so cute and funny,” while another commented saying, “Jimin as judy , jin as nick and jungkook as flash , this suit’s so well.” There’s a moment when Jimin says dialogue and fans are gushing over how cutely he said the same. Talking about the same, one of the social media user wrote, “that “undwae”or whatever it spilled was the cutest shit i heard today.”

How did you like the video? Let us know by tweeting @bollywood_life.

Date, time, where and how to watch the group’s virtual event...