Taylor Swift blended her Speak Now era and Midnights era style last night, making a surprise appearance at the American Music Awards in a gold studded disco-esque plunge jumpsuit by The Blondes. She accessorized with Vram and Delfina Delettrez jewelry. Swift’s fashion throughout Midnights has evoked the ’70s, much like her outfit did last night.

Swift’s hair was particularly Speak Now-esque though, with Swift stepping out with all curls, much like she wore her hair during the album’s original 2010 release. Swift hinted heavily in her “Bejeweled” music video that Speak Now (Taylor’s Version) will be the re-recorded album she releases next, followed by 1989 (Taylor’s Version). 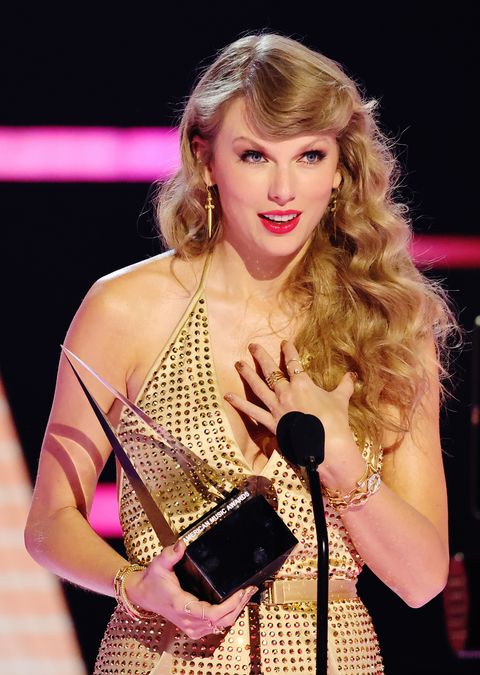 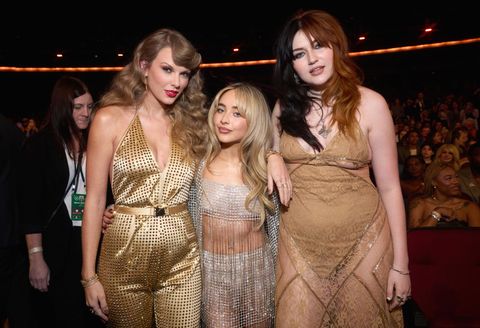 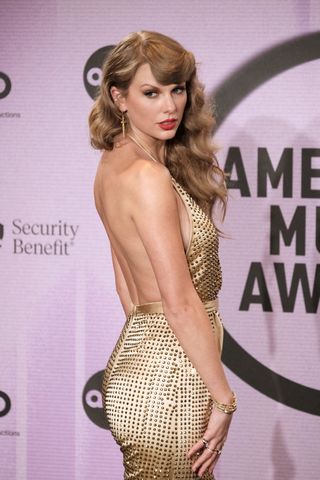 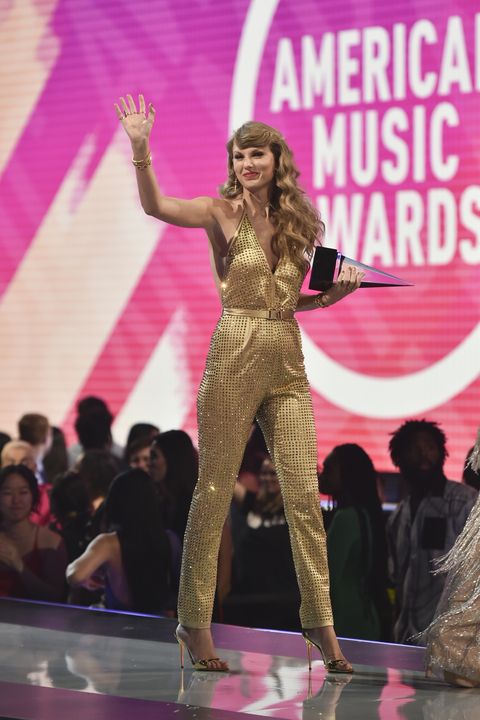 The Best Clothing from Core 10 on Amazon

Sydney Leroux on Her Miscarriage and Freezing Her Eggs

Kareena Kapoor shares why Saif Ali Khan doesn’t pose for paps like her and...

How Olivia Wilde Supported Her Boyfriend Harry Styles at Coachella