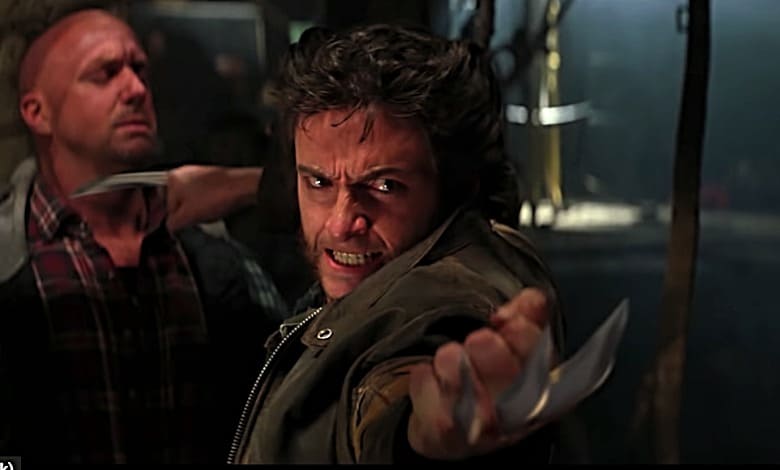 We see Eric Lehnsherr, later known as Magneto, as a young man being torn apart from his parents in a Nazi concentration camp. It’s a dour place to begin for the 2000 film, and a fitting means of establishing a dark tone that is only occasionally peppered with one-liners.

We see clearly what humankind has historically done to those deemed as outcasts, undesirables and weirdos. A touch I loved — the young Magneto’s powers are visible, untamed and not enough to free him. Being a mutant, indeed, makes you special, but it’s not always enough to save you.

The timeline switches to “The Not So Distant Future” (it’s always wise for movies to leave their timelines undated when the narrative is fictitious). We’re introduced to Rogue (Anna Paquin), who is on the run after a romantic encounter with a boyfriend left him hospitalized.

Rogue finds herself watching a cage fight and recognizes the same untamed abilities and superpowers within her are also in the fighter identified as The Wolverine (Hugh Jackman).

What transpires can be described as rushed, since, in the space of a few minutes, there’s a crashed truck, a battle with Sabretooth (Tyler Mane) in a snowy wilderness and the sudden appearance of other mutants to join the fight.

We meet Dr. Jean Grey (Famke Janssen), a mutant who announces that mutant “behavior manifests in puberty.” The allegory is, once again, visible right from the very top.

Later Eric, who now goes by Magneto and is played by Sir Ian McKellan, sternly advises his best friend/greatest nemesis, Charles Xavier/ Prof. X (Patrick Stewart): “We are the future, Charles, not them. They no longer matter.”

Decades of abuse, torture and oppression have turned Magneto into a warrior bent on turning the tables on mankind. It’s also a spin on the question that comes up in Singer’s underrated “Superman Returns”: “Does the World Need Superman?”

Here, the question is, do super men and women need the world?

It’s the question raised by the recent “Brightburn” and in the essential Alan Moore/ Dave Gibbons/ John Higgins 1986-87 graphic novel, “Watchmen.” Why bother pulling a cat out of a tree and saving a train full of scared passengers when the same people you’re setting free are all too quick to turn around and place those they fear in cages?

Magneto declares his group (the opposition to The Xavier School of Gifted Youngsters, Prof. X’s hub for “the good guys”) “The Brotherhood of the Mutants.” Another gem from Magneto — “America was going to be the land of tolerance and peace.” As an immigrant who survived the horrors of World War II and found only judgment and cruelty from humankind regarding his abilities, Magneto is an activist, a rebel and an embodiment of the sins of our human past.

Whereas Prof. X is an optimist, a protector and self-appointed father figure, Magneto employs anarchy as a means of rattling and reminding humanity what they did to him and others like him.

Word to the wise: don’t get in Logan’s way. #Wolverine http://apple.co/2k0HQNn

To put it another way, Mystique, played by Rebecca Romijn, beats the prejudiced and uncaring Senator Kelly and tells him, “People like you are the reason I was afraid to go to school as a child.”

Another great, potent moment: the quick visual of Mystique shape shifting into the Statue of Liberty is loaded image, as Mystique and her brotherhood weren’t saved or protected by the ideals of America.

“X-Men” is consistently bleak, as characters are constantly in pain or transformation (like Wolverine’s killer line that his claws hurt when retracting every time). That isn’t to say it isn’t any fun or so heavy-handed that it obscures the entertainment value.

If anything, the establishing of Prof. X’s community of gifted misfits and how they come to draw battle lines with Magneto’s brotherhood and within their own group is always emotionally engaging and often funny. The Hitchcockian camera angles and careful framing that marked Singer’s 1995 masterpiece, “The Usual Suspects” are present here, too.

Some have noted that that there is a vague distaste for the source material, particularly in a glib line of dialogue regarding the wardrobe. A comment regarding the black leather uniforms is countered with, “What do you prefer, yellow spandex?”

It’s an easy laugh line and a nod to the original look of the characters. Based on Jack Kirby and Stan Lee’s 1963 Marvel series (itself notably revamped in 1975, with writer Chris Claremont a pivotal figure in expanding the scope and supporting cast of the comic book), the essence of the original vision is intact, as a motley crew of outsiders become a makeshift family in their efforts to enforce order against various forms of eclectic villainy.

Perhaps the inevitable, forthcoming Disney/Marvel iteration will be distinct for explicitly evoking the initial look of the characters. However, I suspect the eerie, complex and uncomfortable subtext of the source won’t make the new version, as the Mouse House has a dogged propensity to play it safe and make everyone happy.

The 2000 take on “The Uncanny X-Men” still feels contemporary and socially relevant, which is remarkable for a 20-year old movie.

Not everything here holds up, of course. Some of the CGI is wonderful but most of it hasn’t aged well. It’s fine, as this character-driven and not overly reliant on special effects, but beams of light across the sky now appear cartoonish (and, indeed, comic book-like) instead of convincing.

Michael Kamen’s score, in contrast to Danny Elfman’s themes to “Batman,” “Dick Tracy” and the first TV series based on “The Flash,” is underwhelming. Why would only Mystique get her own theme music? This kind of bland, busy but forgettable scoring would continue to present day (why aren’t these comic book characters getting music that properly explores and celebrates them?).

The pacing is brisk, as every scene hits its mark and moves on. Perhaps it undermines some of the action sequences, particularly the climactic Statue of Liberty battle, which should have been an iconic Hitchcock tribute (it’s a clear nod to “Saboteur”) but goes by so quickly, it doesn’t register like it should.

In the end credits, Jackman is the first one listed, a telling choice; a last-minute replacement for a tied-up Dougray Scott (stuck doing “Mission: Impossible II” re-shoots) and an unknown stateside, the Australian Jackman was a longshot that worked out brilliantly.

Clearly, by listing him first, the filmmakers were acknowledging they knew what they had. Wolverine’s competitive, older brother-like relationship with Cyclops (an ideally cast James Marsden, whose beautiful eyes are cleverly concealed but still an onscreen superpower) is the comic highlight. Everyone here brings their A-game to a project that could have wound being an embarrassment or a non-starter, like “Jonah Hex.”

The only participant who is no longer seen as a favorable part of the “X-Men” franchise is the director himself, whose troubling behavior and list of alleged offenses has made him a problematic and unreliable figure (i.e., “Bohemian Rhapsody”) for years.

This is unfortunate for many reasons, one of which is that Singer’s films have always been about exploring and celebrating those who are outcasts and giving them a voice against those who aim to silence them.

The loose ends established at the conclusion are existential (Logan will continue to search for his true self, Magneto and Pro. X continue their testy friendship/game of one-upmanship, etc.), not set-ups for another chapter, let alone a franchise.

The focus on how bigotry affects the young and gives them cause and purpose to rise above oppression and prejudice is the central pull, not the need for merchandising. Naturally, everyone involved (correctly) expected a sequel but this maiden “X-Men” has a compact, stand-alone quality.

Like the first “Spider-Man” (2002), “Iron Man” (2008) “Batman” (1989) and “Superman” (1978), it succeeds mightily at shaping a crucial first chapter and has been under-appreciated in later years, because its surrounded by the pomp and busyness of a bloated franchise.

To put Singer’s film in proper perspective- if this were the only film adapted from “The Uncanny X-Men,” then it still stands tall as an example of a highly accomplished action/fantasy that compliments a worthwhile allegory of being deemed an “outsider.”

Like Brian De Palma’s “The Fury” (1978) and Clive Barker’s “Nightbreed” (1990), it’s a rich allegory about standing against those who aim to smother you because the older generation doesn’t understand you.

On the day before “X-Men” opened nationwide, 20th Century Fox arranged for a screening at the Regal UA Colorado Center in Denver. The line snaked around the theater and I stood there for hours. A touch I loved: the studio hired extras, attired as “mutants,” to protest the film.

Even better, once we were all in our seats in a packed auditorium, those protestors stormed the theater, chanting things like “Mutants Are People, Too!” They handed out fliers smearing the political campaign of Davison’s character. It was fantastic, as our anticipation was already at a peak the moment we stepped in the theater.

I saw the film twice within a 24-hour period.

Looking at it today, “X-Men” is indeed modest and restrained in comparison to everything that followed. Just to compare it to the sequel that followed is telling: “X-2: X-Men United” (2003) is 134-minutes long, cost nearly twice as much as its predecessor, has one of those posters where too many characters are crammed into a small space, sets up nearly a dozen new characters and subplots and, despite great scenes and critical acclaim, is overstuffed and lacking the charm of the original.

In other words, your typical, contemporary Marvel/DC movie.

Empowered with little beyond the durable concept, a crisp screenplay, a game cast and a $75 million budget stretched to the breaking point, the first “X-Men” is still a comic book movie milestone. It succeeds in bringing the essence of these characters to life and positioning a rich metaphor for fighting against oppression.

The post Why ‘X-Men’ Shames Glitzy Successors appeared first on Hollywood in Toto. 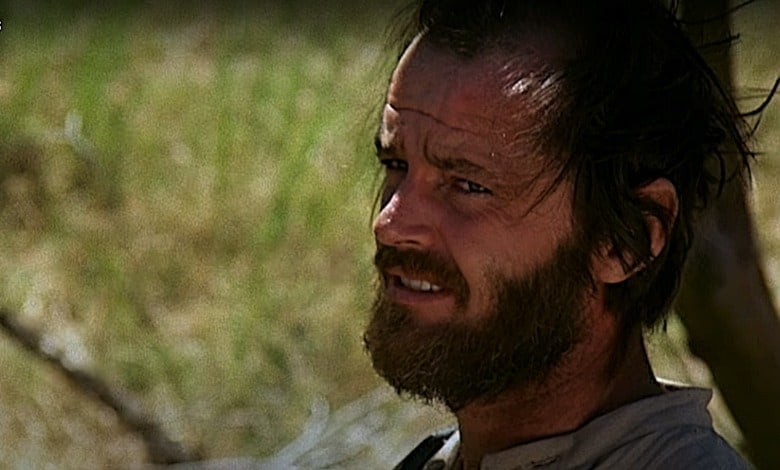 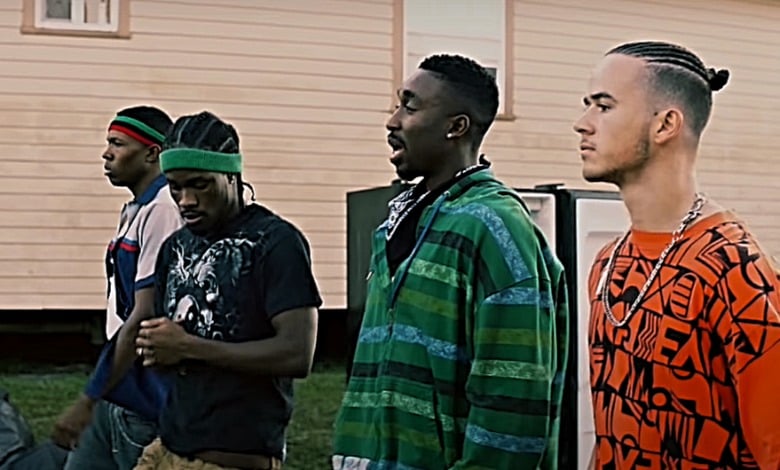 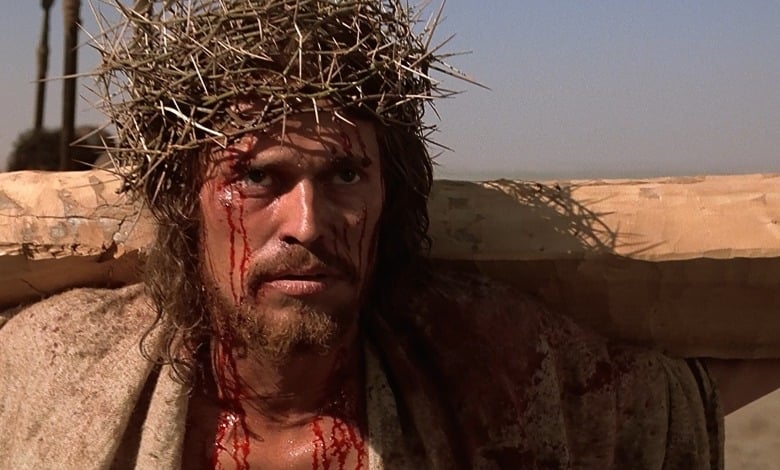 Rajkummar Rao: If Censor Board allows, films like ‘Kabir Singh’ can... Elvis Brought Together Two Wyatt Earps for ‘3000 Miles to Graceland’