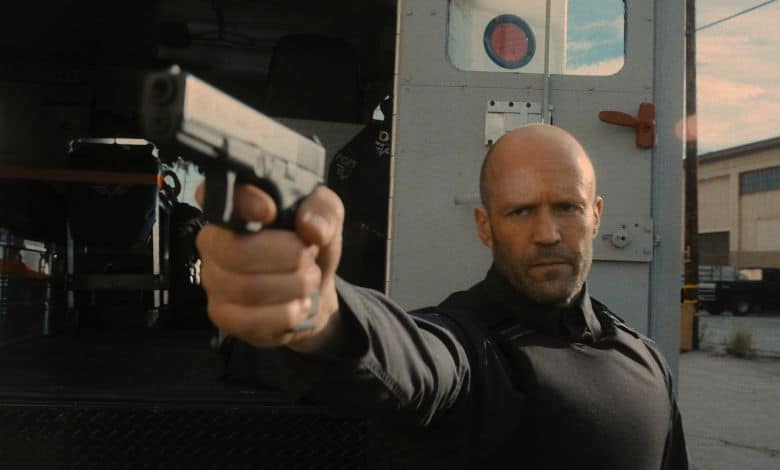 Could Jason Statham play a character who barely passes a gun target test? In a Guy Ritchie film, no less?

“Wrath of Man” teases just that before becoming precisely what you expect from the action superstar. It’s also what we’ve seen too much from Ritchie of late. The director returned to form with “The Gentlemen” but reverts to autopilot mode here.

It’s never a dull ride, and a few fresh wrinkles suggest an action romp of a different sort, but “Wrath of Man” proves both too ambitious and willing to lean on genre formalities.

Statham stars as “H,” a name given to him at the security company which oversees millions, and millions, of dollars.

His boss, lovingly named Bullet (Holt McCallany), gives H a crash course on his new brash colleagues, including Boy Sweat (a miscast Josh Hartnett) and Terry (an under-used Eddie Marsan). H makes a strong first impression, but there’s something mysterious about him that catches his co-workers’ attention.

Ritchie, who co-wrote the film with Ivan Atkinson and Marn Davies, uses a fractured narrative to explain H’s backstory and the reasons he joined the security squad in the first place.

It’s a sly way to spice up a standard-issue action film, but Ritchie trips over the gimmick. The movie explains, and explains anew, precisely what’s going on in ways that end up being unnecessary. One pivotal scene plays out three separate times when one or two was enough, thanks. This should be an in-and-out affair like the heist at the heart of the third act.

Instead, “Wrath of Man” tries to have it both ways.

It’s a star vehicle for Statham, an actor capable of real emoting but given too little screen time to do just that. The story also luxuriates in its criminal plotting, but said plot isn’t interesting, or clever, enough to demand so much screen time.

Still, there’s never a scene sans a fine character actor, given the introduction of Jeffrey Donovan and Laz Alonso of “The Boys” fame later in the yarn. Scott Eastwood enters the frame late as well, but his character isn’t defined enough to have the impact Team Ritchie demands.

“Wrath of Man” punches up the story with unnecessary title cards, an opening credit sequence suggesting a grindhouse movie on steroids and a score that deserves a better film.

It all adds up to a watchable affair, but one with a revenge angle that grows less vital as the story progresses. That’s … not a good sign.

A Ritchie film often hums with memorable dialogue, or just wisecracks so profane they command your attention. Not here. The first 10 minutes swarm us with dude bro ribbing, suggesting a tight-knit community the screenplay quickly discards.

Otherwise, this is banter built for channel surfing viewers. There’s nothing said that’s important enough that it can’t be missed.

“Wrath of Man” packs a few “surprises,” but it doesn’t take a film junkie to predict them before they’re revealed. In short, Ritchie’s “Wrath of Man” can’t live up to its title or its bullet-headed antihero.

HiT or Miss: Jason Statham never disappoints in the action genre, but “Wrath of Man” flirts with something more satisfying before settling for been there, shot that storytelling.